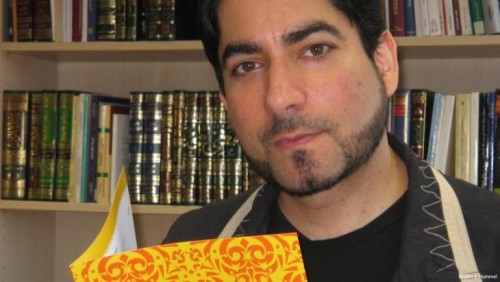 AT a time of fear and loathing for Muslims and non-Muslims in Europe, Mouhanad Khorchide, professor of Islamic pedagogy at the venerable university in this town near the Dutch border, preaches and teaches a course of tolerance and understanding.

Even before the deadly terrorist attack this week in Paris, thousands of Germans were marchingagainst what they fear is the “Islamization” of Europe. Across the Continent, populists have seized on Islam, and on Muslim immigrants, as the embodiment of their fears of change and a world in turmoil.

Since being awarded a professorship at theUniversity of Münster in 2010, Mr. Khorchide (pronounced kor-SHEED) has emerged as part of Germany’s effort to offer an alternative both to those who criticize and fear Islam and to Muslims seeking to practice their religion without extremes.

His courses are intended to groom some of the thousands of teachers needed as Germany’s 16 states gradually shift to teaching Islam in primary and eventually secondary schools, putting it on par with the Christian and Jewish faiths.

That role in creating what Mr. Khorchide calls multiplicators, the teachers and social workers of the future, initially stirred fierce opposition from powerful German Muslim associations that, he said, were suspicious both of his teachings and of his very public persona.

He teaches, for instance, that “since the ninth century, the spirit of the Muslim world has been restrictive” — and that “the relationship between God and the individual is a loving one,” which he said shocked Muslims “raised only to fear God.” His book, published so far in Arabic and German and as an e-book in English, bears the title “Islam Is Mercy.”

Mr. Khorchide has been interviewed several times by leading news outlets and has been visited and lauded by, among others, Germany’s president and Al-Azhar University in Cairo. He said that visiting scholars from Cairo had told him: “We need you, not you us. For you are posing new questions and looking for new answers.”

SOFT-SPOKEN at 43, favoring modish black attire, the professor slipped barely noticed into a lecture hall one recent morning. His ensuing discourse on Islamic law schools of the eighth and ninth centuries featured a questioning approach and simplicity of language still unusual in Germany’s rather formal academia.

In an hourlong conversation afterward, he fluently dissected the position of Germany’s estimated four million Muslims.

Most of them, if they study their religion at all, learn by rote at mosques or in private classes offered by imams often trained in Turkey or in Arab nations. Mr. Khorchide — a Palestinian who was born in Beirut, Lebanon, and raised in Saudi Arabia before studying in Lebanon and Austria — tries to offer Muslims what he calls “an ‘aha!’ moment” in practicing their faith.

“Without shocking them, but taking them along, getting them into the boat to take part in this journey, so that they consider, ‘How can I really understand Islam?’” he explained. “Here, they see: ‘I can ask questions; in fact, I should ask questions. Just regurgitating what the professor says is not wanted.’ ”

This questioning was something Mr. Khorchide discovered for himself once he enrolled at the University of Vienna to study medicine.
His father, an electrical engineer, and his mother, a teacher in Riyadh, Saudi Arabia, instilled in their children that, as Palestinian refugees, they had to get a university education. “My mother always said, ‘Your capital, it’s your degree,’ ” he recalled.

With foreigners not permitted to enroll at Saudi universities, he said, his parents looked elsewhere, lighting on Germany. But “back then, it was not so easy to get a visa,” he said, and so he and his brother went to Austria instead.

There, he said, he discovered that he “just was not interested at all in medicine.”

“It was so uncreative, learning stuff in Latin by heart,” he said. “You could not produce thoughts.” He switched swiftly in 2000 to sociology and graduated with a master’s degree in 2007. Simultaneously, he studied Islamic theology in Lebanon, graduating in 2004. He prepared Muslim students in Vienna to be teachers, then brought that skill to Münster.

IN his lecture, the long conversation and a telephone call after the shootings on Wednesday at the office of the satirical newspaper Charlie Hebdo in Paris, Mr. Khorchide was calm and optimistic, delivering insight with a Viennese lilt in his German.

He expressed fear that extremists on both sides would try to use the attack for their own ends. “The Muslim extremists will say, ‘Oh, look how strong and mighty we are,’ ” he said, “while those who fear Islam will say, ‘See, that is what Islam is, and what we were warning about all along.’ ”

He said he expected more attacks, but also more questioning from Muslims. “Such events force us to discuss openly about theological positions,” he said. “It is too simple to say, ‘No, no, that has nothing to do with Islam.’ These people,” he added of jihadists, “are referring to the Quran, and we must confront these passages in the Quran.”

His students, he said, were angry after the Paris shootings. In part, they were upset with Muslim extremists seeking to please what they consider a false idol. But they were also resentful that now “they must justify themselves: ‘We are peaceful,’ ” he said. “And this constant justifying and defending oneself is annoying.”

Europe’s populist current “whips up fears where no fears exist,” Mr. Khorchide said. “For instance, the Islamization of Europe: Demographic data shows that this is a fantasy.”

Furthermore, he noted, Muslim children born in Europe now tend to adopt its ways, the tiny minority who go off to fight in Iraq and Syria notwithstanding.

Most Muslims in Germany are working class, initially invited in the 1960s and 1970s as “guest laborers” who would one day go home. Many did not, and their families followed them here. And while for that first generation, “ ‘back home’ still means Turkey or North Africa,” Mr. Khorchide said, the second generation “is at home here” and expects to be treated as such.

In turn, young Muslims are identifying more strongly with their religion, Mr. Khorchide said, citing the growing number of young women wearing head scarves “as an act of solidarity with their sisters in faith,” or the young men he met while doing research for his master’s degree in Vienna.

“They would say, ‘Islam is really important for me,’ but they had just dealt drugs,” he recalled. “They had a Quran in their backpack and said, ‘With the Quran, I am strong.’ But if you asked whether they had read it or knew what it contained, they said no.”

“I call this a hollow religiosity,” he added, like “the thin and fragile peel” of a fruit.

In Germany, Mr. Khorchide said, it is particularly easy for migrants to fail.

The education system streams pupils on after only four years in primary school. Many migrant children, lacking language skills, fall into basic secondary schools, with almost no shot at better schools or college. As a result, they feel cast out and worthless.

By contrast, extremist groups offer the meaning of serving God, even eventually by martyrdom, and a new power to decide over life and death by waging jihad, Mr. Khorchide said.

The extremists “make an alleged strength out of total impotence,” he said.

In his fight with Germany’s Muslim establishment, Mr. Khorchide won crucial backing in 2014 from three Christian theologians, who picked apart a Muslim critique and defended his writings.

“He tries to point to a side of Islam that has been forgotten,” one of those theologians, the Roman Catholic academic Bernhard Uhde, who teaches at the University of Freiburg, said by telephone. “And that is the friendly, tolerant side.”

Mr. Khorchide, who is married with a 15-year-old son, is hopeful. “I see that more and more Muslims are being enlightened about their own faith,” he said. “I think that will lead to a changed picture of Islam.”