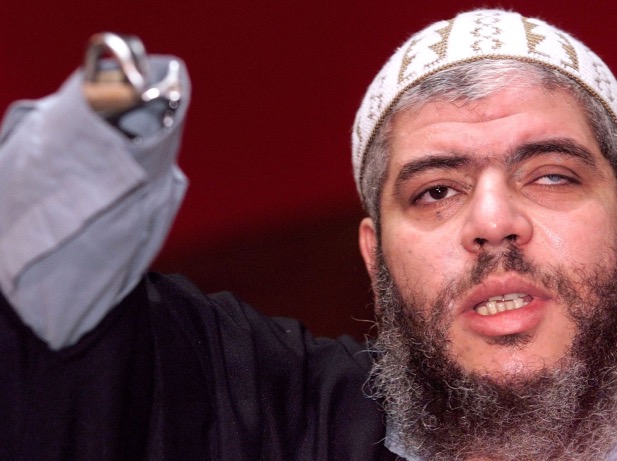 The hook handed radical imam Abu Hamza has been sentenced to life in prison by a court in New York on terrorism charges.

He had been convicted last May of helping Yemeni militants kidnap Western tourists in 1998, leading to the deaths of three British hostages and one Australian. Jurors found him guilty of providing a satellite phone and advice.

He also helped set up a terror training camp in the States, sending two followers to Oregon – and was found to have dispatched an associate to Afghanistan to aid al Qaeda and the Taliban against the US.

The 56-year-old, recognisable to many for having no hands and one eye, gained notoriety in London for his fiery preaching at the Finsbury Park Mosque, which US and UK authorities said helped inspire a generation of extremists.

Abu Hamza, whose real name is Mustafa Kamel Mustafa, told the judge before he was sentenced that he still maintained his innocence.

Prosecutors called him a “global terrorist leader who orchestrated plots around the world”.

The outcome of the court case follows years of legal wrangling in the UK. Abu Hamza was finally extradited to America in 2012.

There has been criticism of the failure of the British authorities to prosecute him, but the Crown Prosecution Service said there had been insufficient evidence at the time.