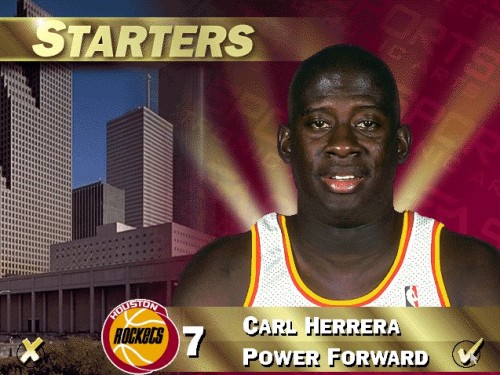 Former NBA player Carl Herrera is out of intensive care and improving following a weekend shooting, the club he coaches said Monday.

The Gigantes de Guayana team said in a series of Twitter posts that Herrera is no longer in critical condition “and is improving day by day.” The team said doctors decided he will not need surgery.

Herrera was shot Saturday during an apparent robbery attempt at a restaurant on Margarita Island off Venezuela’s Caribbean coast.

The country’s Interior Relations Minister Carmen Melendez said security forces are on the trail of the attackers.

Herrera was a power forward during the 1990s for Houston, San Antonio, Vancouver and Denver, scoring more than 2,400 points over a nine-year career. Now 48, he’s coaching a team in the Venezuelan league.

The Trinidad-born player, who is also a citizen of Venezuela, attended the University of Houston.