Jihadists in Syria write home: ‘My iPod is broken, I want to come back’ 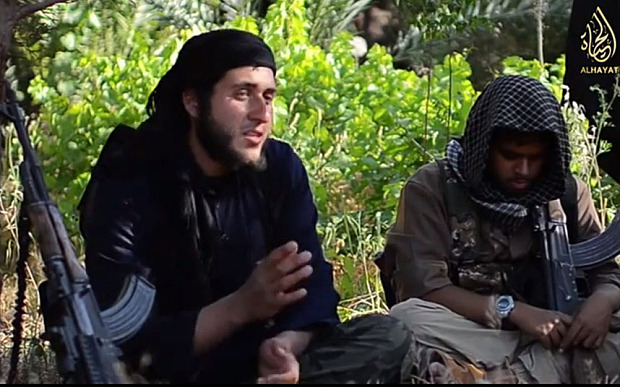 Abu Yahya ash Shami – Australian jihadist in Syria.
Share:
French jihadists complain about the cold, not knowing how to fight and how their iPods are running out

Letters from French jihadists home to their parents have revealed the misery, boredom and fear suffered by Islamist recruits as the gloss fades from their big adventure.

In a series of letters seen by Le Figaro newspaper, some of the 376 French currently fighting in Syria have begged for advice on how to return. Others have complained that, rather than participating in a noble battle, they have been acting as jihadi dogsbodies.

“I’ve basically done nothing except hand out clothes and food,” wrote one, who wants to return from Aleppo. “I also help clean weapons and transport dead bodies from the front. Winter’s arrived here. It’s begun to get really hard.”

Another writes: “I’m fed up. They make me do the washing up.”

One Frenchman whinged that he wanted to come home because he was missing the comforts of life in France.

“I’m fed up. My iPod doesn’t work any more here. I have to come back.”

A third wrote fearfully: “They want to send me to the front, but I don’t know how to fight.”

Others were concerned, more prosaically, about the nationality of their baby, which was born in Syria and so not recognised by the French state.

And Le Figaro said that, among Islamist commanders, it had been noticed that some of the French were beginning to want to leave. One Frenchman was rumoured to have been beheaded when he explained to the emir that he wanted to follow his friend who had already left.

“Everyone knows that, the longer these people stay there, the worse it will be because having watched or committed attrocities, they become ticking time bombs,” said one lawyer, quoted in Le Figaro.

“But, when it comes to having a discussion about whether France is ready to accept repentants, no politician is willing to take the risk. Imagine if one of these ex-jihadis is involved subsequently in an attack?”

A group of lawyers in France are acting on behalf of the families of the young people to try and persuade the state to allow the jihadis to return. They told the newspaper that they are trying to make discreet contact with the anti-terrorist police, the directors of internal security and the office of the interior minister, Bernard Cazeneuve.

The lawyers said that nothing is ever agreed in advance, on behalf of the jihadis – and the advice is always: “Present yourself at the French consulat in Istanbul or Erbil (in Iraq). And then we will see.”

Of the approximately 100 jihadists who have returned to France, 76 are in prison.

And the report said that Britain was known as the global leader in reforming jihadists – so much so that some within the French system were asking to be seconded to MI5 – “famed for their art of debriefing”.

“Within the secret services, it’s said that British jihadis are more interesting because they have a higher intellectual level than their French colleagues, who are more often donkeys,” one expert told the paper.

The story of the French jihadis has parallels with that of an Indian man who spent six months fighting alongside Isis in Iraq, before becoming disillusioned with his job cleaning toilets, and returning to Mumbai.

Majeed, 23, was one of four young Muslim men from Kalyan, a city east of Mumbai, known to have journeyed to the Middle East to join the extremist outfit.

“There was neither a holy war nor any of the preachings in the holy book were followed,” Majeed is quoted as saying during his interrogation. Islamic State “fighters raped many women there,” he reportedly said.