French parliament to call for recognition of Palestinian state 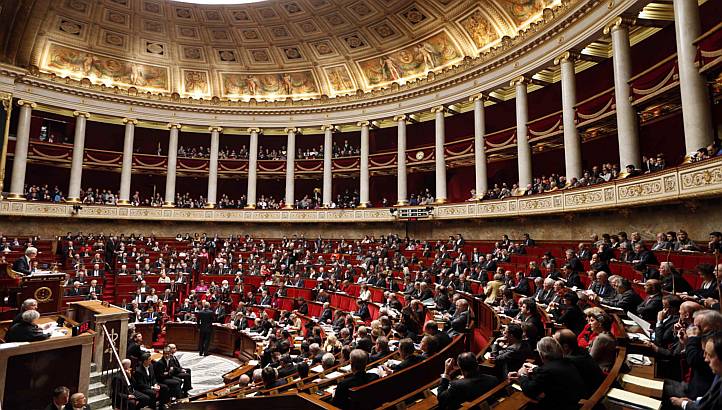 French Parliament to Hold Symbolic Vote on Palestine Status on Tuesday
Share:
French lawmakers are set to vote on Tuesday to call on the government to recognize Palestine, a symbolic move that will not immediately affect France’s diplomatic stance but demonstrates growing European impatience with a stalled peace process.

While most developing countries recognize Palestine as a state, most Western European countries do not, supporting the Israeli and U.S. position that an independent Palestinian state should emerge from negotiations with Israel.

But European countries have grown increasingly frustrated with Israel, which since the collapse of the latest U.S.-sponsored talks in April has pressed on with construction of settlements in territory the Palestinians want for their state.

Palestinians say negotiations have failed and they have no choice but to pursue independence unilaterally.

In October, Sweden became the biggest Western European country to recognize Palestine, and parliaments in Britain and Ireland both held votes in which they backed non-binding resolutions in favor of recognition.

The French motion, raised by the ruling Socialists and backed by left-wing parties and some conservatives, asks the government to “use the recognition of a Palestinian state with the aim of resolving the conflict definitively”.

Speaking to parliament ahead of the vote, Foreign Minister Laurent Fabius said the government would not be bound by the vote. But he said the status quo was unacceptable and France would recognize an independent Palestine without a negotiated settlement if a final round of talks is not successful.

He backed a two-year timeframe to relaunch and conclude negotiations, and said Paris was working on a United Nations Security Council resolution that would set those parameters.

“If this final effort to reach a negotiated solution fails, then France will have to do what it takes by recognizing without delay the Palestinian state,” Fabius said.

The vote, due around 11.00 a.m. ET, has raised domestic political pressure on the French government to be more active on the issue. A recent poll showed more than 60 percent of French supported a Palestinian state.
Reuters