U.S. to vet and screen moderate Syrian rebels before training 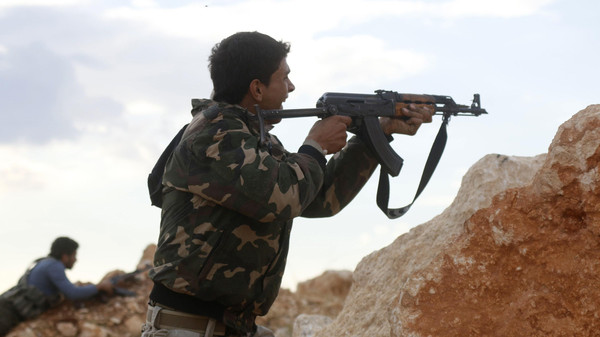 The U.S. military will subject Syrian rebels taking part in a new training program to psychological evaluations, biometrics checks and stress tests under a screening plan that goes well beyond the steps the United States normally takes to vet foreign soldiers, a sign of the risks the Obama administration faces as it expands support for armed groups in Syria.

Officials said the screening program, developed chiefly by the U.S. Central Command, will rely on what was described as a “common core” of screening protocols, including running trainees’ names through U.S. and foreign intelligence databases, collecting biometric data and, when possible, seeking information from fighters’ home communities. Rebel commanders will be subject to additional screening.

“In the special operations community, we have a pretty long history of vetting and screening surrogate forces that we’ve worked with,” said an official at CENTCOM, who, like others, spoke on the condition of anonymity to describe planning.

But the new plan “is unique to Syria, because we’re going to work with folks that we won’t accompany once we employ them,” he said. “So vetting and screening becomes even more important.”

The effort to develop a layered vetting process is an attempt to mitigate the hazards associated with deepening U.S. involvement in Syria’s chaotic battlefield, where a dizzying array of armed groups have been accused of abuses against soldiers and civilians alike. Although the Obama administration has sought since 2011 to foster a competent force to fight Syrian troops and, now, the Islamic State, U.S. officials remain wary even of fighters whose objectives currently align with their own.

In particular, officials want to lessen the risk that U.S.-trained fighters sent back into Syria to combat the Islamic State will use their weapons on civilians or — like the Afghan mujahideen fighters Washington backed in the 1980s — later turn against the United States and its allies.

Under the plan, which has not been finalized, “moderate” fighters will be evaluated on an ongoing basis. Successful participants would gradually attain access to higher levels of training and weaponry, and fighters found to be wanting would be dismissed from the program.

“We’re taking it extremely seriously,” a senior U.S. defense official said. He said fighters will also be educated about the laws of armed conflict.

The military screening plan came together after the Obama administration determined that the training program for the Syrians would not be subject to what are known as the Leahy laws, which typically govern U.S. security assistance to foreign forces.

Under those laws, a small office at the State Department works with U.S. embassies overseas to ensure that recipients of State or Defense Department security assistance aren’t linked to major human rights abuses. But Leahy vetting, which relies on intelligence and information such as accounts from civil society or media, is limited in scope and focused on human rights. It disqualifies candidates only 1 to 2 percent of the time, and it can take as little as 10 minutes to vet one person.

Because the Syrian rebels will not be part of a state-sponsored force, the laws will not apply, U.S. officials said. Instead, the alternate screening plan was developed under Army Maj. Gen. Michael K. Nagata, commander of CENTCOM’s special operations component.

The screening for the Syrian fighters is also aimed at ensuring that militants aligned with the Islamic State or other extremist groups don’t infiltrate U.S.-sponsored training.

Dafna Rand, a former White House official and an expert on the Middle East, said the U.S. military, and CENTCOM in particular , had developed expertise in vetting irregular foreign fighters over the past decade. Before its 2011 withdrawal from Iraq, the U.S. military supported tribal fighters who rose up to fight against al-Qaeda. In Afghanistan, the United States has partnered with elite or paramilitary Afghan forces to go after militants.

At the same time, a number of American service members have been killed by Afghans in military uniforms in recent years, a reminder of the risks associated with working with foreign forces.

“There can never be 100 percent assurances, but they’re taking great pains” to vet trainees, Rand said.

A defense official said that formal vetting will not begin until Congress votes to provide longer-term support for the training program.

Officials said that rebels will also be evaluated during the military training to see how they respond under stress, fear and fatigue.

“Those that clearly show or exhibit behavior that is not going to be compatible with where we want to go, then they’re removed from the program,” the CENTCOM official said.

It is unclear how closely the screening plans resemble vetting procedures that have been used under an existing CIA program for training moderate rebels.

The senior defense official described the training program as one component of a larger strategy against the Islamic State, the militant group that now controls a third of Syria and Iraq and has threatened to strike the West. The U.S. campaign also includes airstrikes on militant targets and a plan to retrain parts of Iraq’s weakened military.

Even when training gets going, officials caution it will take time before U.S.-trained fighters can make a measurable impact on the ground in Syria. Although the U.S. program may graduate as many as 5,000 rebel fighters a year, Army Gen. Martin Dempsey, chairman of the Joint Chiefs of Staff, has said many more could be needed to oust the Islamic State from areas it controls in eastern Syria.

The U.S. military is now conducting “site surveys” of four locations where training is expected to take place. Officials said Nagata would probably oversee the program from a command center in the region, but a final location for that had not been selected.

U.S. officials have said that training will occur in Saudi Arabia, Turkey and two other countries. Some training is already believed to be occurring in Qatar, and training might also take place in Jordan, a close U.S. ally where the United States has previously trained special forces from other Middle Eastern countries.

Recruiting the right rebel fighters may be even more difficult than screening them. U.S. officials acknowledge that they don’t have as extensive a roster of potential Syrian rebels as they might like, especially below the commander level. In part for this reason, the United States will work closely with countries hosting the training sites and with other allied countries in the region as they recruit and screen fighters.

Officials overseeing the training program may also get referrals from other U.S. government agencies that have been working with members of Syria’s opposition in recent years, including the U.S. Agency for International Development.