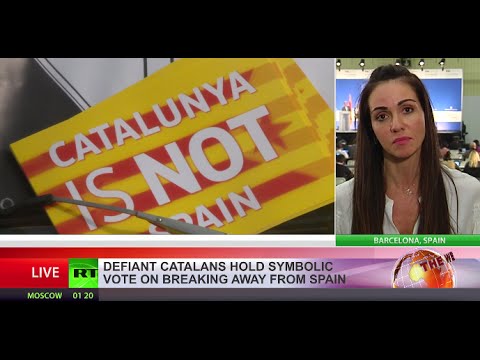 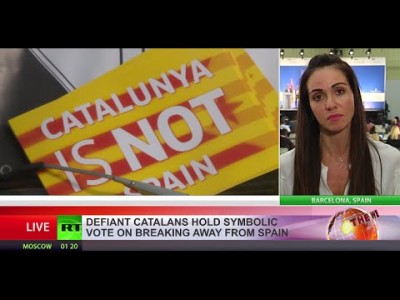 Two years into a political and legal battle over Catalonia’s future that entered a new phase with a disputed independence vote, Spain’s central government and regional authorities in Barcelona are preparing to try something new: dialogue.

Amid mutual accusations of undemocratic behavior, Catalans cast ballots in Sunday’s referendum, a symbolic alternative to a more formal, albeit still non-binding, vote that the government in Madrid had taken to the courts to block.

Some 80 percent of the around 2.2 million who voted backed secession, but the turnout was little more than 40 percent – a mixed outcome giving both sides an incentive to seek a middle way between status quo and secession.

Catalan government head Artur Mas said late on Sunday he would this week detail an offer for dialogue with Madrid that was likely to include proposals for increasing the wealthy region’s share of Spain’s tax take, as well as a renewed call for a binding referendum.

Prime Minister Mariano Rajoy has said he was ready to talk about a new system to finance Spain’s 17 autonomous communities and a reform of the constitution.

Support for such dialogue was strong on Monday morning among the country’s media and on the streets of the Catalan capital Barcelona.

Jordi Matas, a professor of law and political science at the university of Barcelona, said Sunday’s turnout offered a strong signal that a political negotiation was now needed.

“It should be an incentive for Catalan and Spanish politicians to move and negotiate and reach an agreement on Catalonia, one that meets the interests of both,” he said.

“End the do-nothing policy,” said La Vanguardia in an editorial. “There is no recent precedent in democratic Europe for a civil mobilization on such a scale… To ignore it or to minimize it would be a serious mistake. At this point, a standoff would be a major political mistake.”

But dialogue may not prove easy.

With ERC calling for early elections and a unilateral declaration of independence as a prerequisite for talks with the Spanish government, his room for maneuver may now be limited.

Rajoy, meanwhile, faces local, regional and general elections next year, and any concession he makes over Catalonia may spark a backlash among supporters of his already under-fire People’s Party.

Both men were muted on Monday, with only the opposition Socialist Party fuelling the post-referendum debate by proposing a constitutional change transforming Spain into a federal state.

“Catalonia has made a constitutional reform more urgent,” party leader Pedro Sanchez said, as he criticized Rajoy for not offering a political solution to a conflict rooted in a 2010 Constitutional Court ruling that the region’s status and powers were not tantamount to nationhood.

“We need to acknowledge the singularity of Catalonia in the constitution. There is still time but the political will is missing,” he said.

Any consensus on regional funding or a new constitution will take time to reach, also presenting risks to Spain’s nascent economic recovery following a six-year slump.

“Although participation was skewed towards the pro-independence camp with anti-independence parties largely boycotting the poll, there is a risk that the increased focus could lead to higher market volatility similar to the Scottish referendum episode in early September,” said Nomura analysts in a note to clients.