UN panel calls for phasing out fossil fuels by 2100 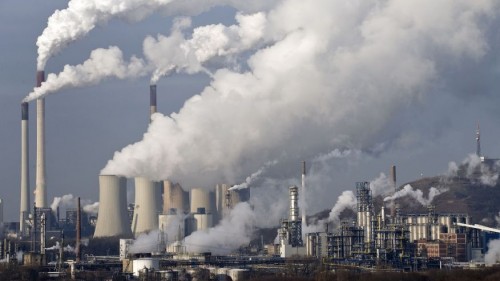 The unrestricted use of fossil fuels should be phased out by 2100 if the world is to avoid dangerous climate change, a UN-backed expert panel says.

The Intergovernmental Panel on Climate Change says in a stark report that most of the world’s electricity can – and must – be produced from low-carbon sources by 2050.

If not, the world faces “severe, pervasive and irreversible” damage.

The UN said inaction would cost “much more” than taking the necessary action.

The IPCC’s Synthesis Report was published on Sunday in Copenhagen, after a week of intense debate between scientists and government officials.

It is intended to inform politicians engaged in attempts to deliver a new global treaty on climate by the end of 2015.

The report says that reducing emissions is crucial if global warming is to be limited to 2C – a target acknowledged in 2009 as the threshold of dangerous climate change.

The report suggests renewables will have to grow from their current 30% share to 80% of the power sector by 2050.

In the longer term, the report states that fossil fuel power generation without carbon capture and storage (CCS) technology would need to be “phased out almost entirely by 2100”.

‘Science has spoken’
The Synthesis Report summarises three previous reports from the IPCC, which outlined the causes, the impacts and the potential solutions to climate change.

It re-states many familiar positions:

* Warming is “unequivocal” and the human influence on climate is clear
* The period from 1983 to 2012, it says, was likely the warmest 30 year period of the last 1,400 years
* Warming impacts are already being seen around the globe, in the acidification of the oceans, the melting of arctic ice and poorer crop yields in many parts
* Without concerted action on carbon, temperatures will increase over the coming decades and could be almost 5C above pre-industrial levels by the end of this century

“Science has spoken,” UN Secretary-General Ban Ki-moon said. “There is no ambiguity in their message. Leaders must act. Time is not on our side.”

The US Secretary of State, John Kerry, described the report as “another canary in the coal mine”.

“Those who choose to ignore or dispute the science so clearly laid out in this report do so at great risk for all of us and for our kids and grandkids,” Mr Kerry said in a statement.

The Secretary of State for Energy and Climate Change Ed Davey described the report as the “most comprehensive, thorough and robust assessment of climate change ever produced”.

“It sends a clear message that should be heard across the world – we must act on climate change now. It’s now up to the politicians – we must safeguard the world for future generations by striking a new climate deal in Paris next year,” he said.

“The UK has been leading the world and bringing the world with us. The historic agreement to cut carbon emissions in Europe by at least 40 per cent by 2030 effectively means our Climate Change Act is being replicated across Europe, just as it’s being copied in countries across the world as they seek to cap and cut their own emissions.”

Prof Myles Allen from Oxford University, a member of the IPCC core writing team, said: “We can’t afford to burn all the fossil fuels we have without dealing with the waste product which is CO2 and without dumping it in the atmosphere.”

“If we can’t develop carbon capture we will have to stop using fossil fuels if we want to stop dangerous climate change.”

The report’s clarity of language over the future of coal, oil, and gas was welcomed by campaigners.

“What they have said is that we must get to zero emissions, and that’s new,” said Samantha Smith from World Wildlife Fund.

“The second thing is they said that it is affordable, it is not going to cripple economies.”

In the IPCC’s discussions on fossil fuels, there was a fierce battle over a chart that showed how much the electricity sector needed to curb its carbon, the BBC’s environment correspondent Matt McGrath reports from Copenhagen.

According to one observer, “the Saudis went ballistic” over the chart’s inclusion.

Another significant fight was over the inclusion of text about Article 2 of the UN Framework Convention on Climate Change.

It quickly became a standoff between those who want the focus to be on cutting emissions against those who think the right to develop economies must come first.

An unlikely alliance between Bolivia and Saudi Arabia ultimately saw the section dropped entirely from the underlying report.

Some of those attending the talks said that tackling climate change and sustainable development went hand in hand.

“Different countries come to different perspectives” said Prof Jim Skea from Imperial College and a review editor of the report.

“But from the science perspective, we need them both. We need to walk and chew gum at the same time.”