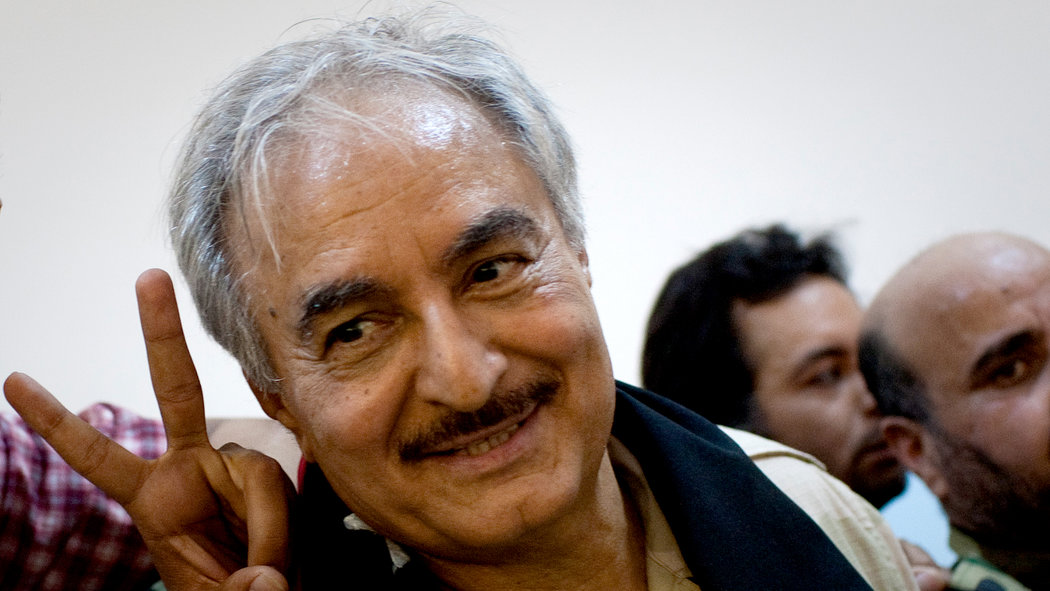 Libyan army troops and armed residents clashed with Islamist fighters in the eastern port of Benghazi on Wednesday, killing at least four people, a day after a renegade former general who backs the army vowed to retake the city from the militants.

Libya’s second largest city is caught up in a chaotic struggle for control between an alliance of Islamist militia groups and the army, which is backed by forces loyal to former general Khalifa Haftar.

Gunfire could be heard in several districts from early morning, residents said. At least four soldiers were killed and eight wounded, a figure likely to rise, hospital medics said.

Fighters from one Islamist group, Ansar al-Sharia, attacked the camp of an army tank battalion, one of the last bases still controlled by government forces since militants drove army special force units out of Benghazi months ago.

It was impossible to verify the statement immediately but a Reuters reporter could hear gunfire in the area of the camp, suggesting that a battle was not yet over.

Three years after the fall of veteran strongman ruler Muammar Gaddafi, the plight of Benghazi illustrates the central government’s inability to control rival armed factions who once fought Gaddafi and now battle over the post-war spoils.

Libya’s neighbours and Western powers fear the OPEC member is heading for full-blown civil war as the weak government is unable to challenge brigades of heavily armed former rebels who now defy the state’s authority.

The United Nations has started negotiations to bring an end to the fighting among the various factions, but some hardliners have so far refused the idea of any talks.

Among the rival forces in Benghazi are Haftar, a former Gaddafi ally, and Ansar al-Sharia, the Islamist group Washington blames for the 2012 attack on its consulate in Benghazi, in which the U.S. ambassador was killed.

Benghazi activists called on Wednesday for street protests against the Islamist militias, including Ansar al-Sharia.

In some parts of Benghazi, armed young people were fighting Islamist forces, who have set up checkpoints in the city and operate at will in those areas. Locals stormed a restaurant and other businesses, accusing the owners of funding Ansar al-Sharia.

Haftar declared war on Islamists in May but has had little success with his military campaign as the army has lost control of several camps and is facing an assault on Benghazi airport, the last bastion of government presence in the city.

The government’s grip on power across Libya has been sharply eroded by the seizure of the capital Tripoli by an armed group allied to the western city of Misrata, which has set up an alternative government and reinstated the former parliament, known as the General National Congress.

The internationally recognized government and the newly elected House of Representatives have moved to the city of Tobruk near the border with Egypt.

Thinni said there would be dialogue only with those who recognized the House of Representatives.

The Misrata forces and the Islamist militants have accused Haftar and Thinni of having ties to Gaddafi-era officials. Haftar had been close to Gaddafi until they fell out in the 1980s and he fled into exile in the United States. Thinni is a former career officer in the Libyan army.