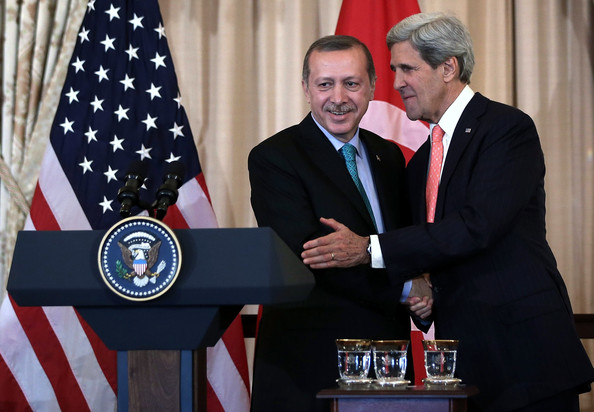 Moving from reluctance to refusal and finally to acceptance, Turkey is joining its NATO allies and fellow Sunni Muslim nations in a coalition to destroy the Islamic State of Iraq and Syria (ISIS). But the U.S. is still waiting for details of any new, specific, aid and is warily watching to make sure Ankara keeps its commitments.

Turkey, often described as a difficult partner with much of the West, long has resisted being used as a launching pad for foreign troops to attack neighboring nations. Now, however, Turkey faces threats from militants who have overtaken much of northern Syria and Iraq, as well as from Kurdish separatists whom Ankara considers terrorists.

And while Turkey has been overwhelmed by an estimated 1.5 million Syrian and Iraqi refugees, it also has been accused of harboring — or at least helping — ISIS militants by letting them traffic fighters, weapons and lucrative oil shipments over its borders.

“Turkey is a bit of a wildcard,” said CBS News security analyst and former White House insider Juan Zarate, adding that the country is also “pivotal” in the fight against the extremists in Syria.

“They not only border this region, but it has been a principle conduit and weigh station for the foreign fighters that have been flowing into Syria,” said Zarate. “Secondly, a lot of the financing that ISIS relies upon — in part on the oil trade and the brokering that’s happening across the border — happens through Turkey.”

Until this week, Turkey was coy about whether it would contribute to a coalition of what the U.S. says is about 50 countries that have united against ISIS. For months, the world largely gave Turkey a pass as it sought to free 49 of its diplomats, family members and employees who were kidnapped by the militants from the Turkish Consulate in Mosul, Iraq, in June.

The hostages were freed last weekend, prompting the U.S. and other coalition nations to press Turkey on what it would contribute.

“We’ll always get more than people think we’re officially getting, and we’re always going to get less than what we would want,” James F. Jeffrey, former U.S. ambassador to Turkey and Iraq, told a forum this week at the Washington Institute for Near East Policy. “In the end, Turkey will come along.”

Jeffrey was speaking specifically about whether Ankara will let allied forces launch airstrikes from the U.S. air base at Incirlik, located within 100 miles of the Syrian border. Yet his words aptly sum up what U.S. officials describe as Washington’s overall relationship with Turkey: a push-and-pull diplomacy that rarely satisfies either nation.

But after holding out on joining the coalition, Turkey finally may have the upper hand. As it is heavily courted by the U.S. and allies in the West and Mideast to contribute, Turkey is now in a better position than ever to demand international support for its own needs — in the name of fighting ISIS.

Senior State Department officials on Wednesday said Turkey has yet to pledge any specific new assistance to the coalition, despite a number of meetings on the matter that are continuing. The officials spoke on condition of anonymity because they were not authorized to discuss the negotiations by name.

A day earlier, Secretary of State John Kerry confidently announced that “Turkey is very much part of this coalition and Turkey will be very engaged on the front lines of this effort.” Now that the hostages have been freed, Kerry said, “Turkey is ready to conduct additional efforts along with the rest of us. … We’re very grateful for that willingness.”

Turkish President Recep Tayyip Erdogan also told reporters on Tuesday, “Of course, we will do our part.”

He was not specific about what Turkey might contribute but said “it includes everything — both military and political,” according to Turkey’s DHA news agency. Next month, Turkey’s parliament is expected to consider a yearlong extension of a mandate allowing Turkish troops to go to Iraq and Syria. Only a small number of Turkish troops are currently in Syria, to protect a historical site that dates to the Ottoman Empire, although Turkish forces routinely patrol its borders with both Iraq and Syria.

At summits this month in Wales and Saudi Arabia, Turkey balked at committing specific assistance, despite its proximity to Iraq and Syria and its unique role as both a NATO partner and overwhelmingly Sunni state. But its reluctance to pitch in on similar global efforts are rooted much deeper and include Turkey’s 2003 refusal to be a staging ground for U.S. troops headed to Iraq.

Over the past decade, Erdogan’s government has espoused a policy of “zero problems with our neighbors” — solving border-state disputes through diplomacy and economic means instead of military might. Syria, however, has tested that policy as Turkey has worriedly watched the brutal tactics of Islamic extremists and Syrian President Bashar Assad’s forces just over its border.

Turkey’s borders are far from stable. 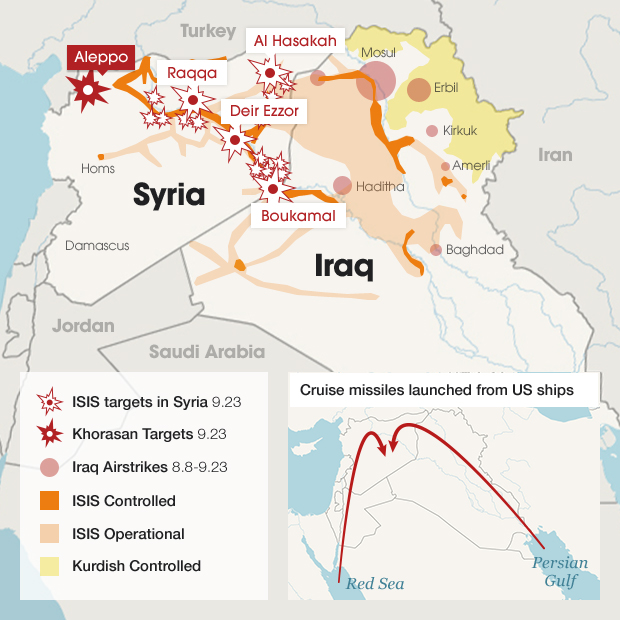 Erdogan says at least 6,000 fighters have been caught coming through Turkey over the past year to join ISIS. It’s estimated that jihadists from as many as 80 countries, including Turkey, have headed to Iraq and Syria to join the group. Black-market sales of weapons and oil also are moving from the battle zones and into Turkey. The U.S. believes Turkey’s government is not involved, although officials have said Ankara hasn’t done enough to curb the traffic.

Zarate said “miles-long truck convoys going in and out of Turkey with oil tankers” have been seen for years, “and so the question is, is Turkey willing to shut down… the economy that ISIL has used to survive.” ISIS is also known by the alternate acronym, and now calls itself simply the “Islamic State.”

Erdogan, at the Council on Foreign Relations in New York this week, bristled at suggestions that Turkey has not done enough to harden its borders against terrorist traffic. “Of course, we always try to do more than what we are doing,” he said. “We have suffered from terrorism a lot too.”

He was referring to Turkey’s decades-old fight against separatists with the Kurdish Workers’ Party, or PKK, which Ankara and Washington both consider a terrorist organization. This week, Turkey and PKK-allied separatists have worked in parallel to save more than 150,000 refugees from the northern Syrian city of Kobani, which sits just outside Turkey’s border. Both Ankara and the separatists have denounced ISIS. But tensions between the two longtime foes also flared and have raised the specter of canceled peace talks, after PKK accusations that Turkey is assisting the extremists. Turkey has angrily denied the accusations.

Earlier this month, Erdogan revived the prospect of building a buffer zone on Turkey’s borders with Syria and Iraq to protect against ISIS without providing details. U.S. officials last year rejected the idea as too costly and controversial, saying it would need to be accompanied by a no-fly zone overhead. Experts believe the buffer zone also could be used to keep Kurdish separatists out of Turkey.

Most of the rest of the world, including the U.S., has “the option of walking away from the conflict in Syria,” said Kamran Bokhari, a Toronto-based expert on Mideast issues for the global intelligence company Stratfor. Turkey knows “that it will have to deal with the mess in Syria long after other stakeholders have moved on.”