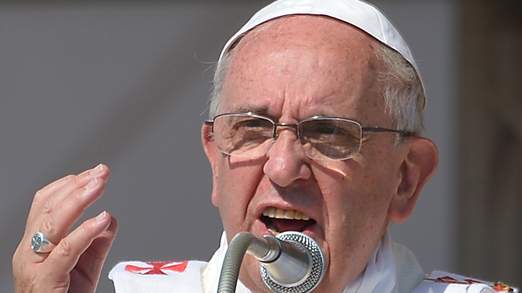 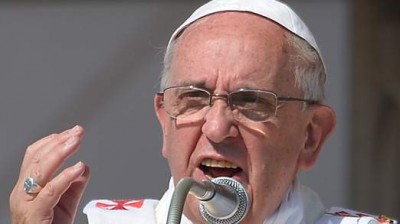 Pope Francis said that violence and destruction inIraq offends God and humanity and he held a silent prayer for victims of the conflict during his weekly address in Rome on Sunday.

“We are left incredulous and dismayed by the news coming fromIraq,” the Argentine-born pontiff said, two days after the United States began air strikes to tackle an insurgency that threatens to tear the country apart.

“Thousands of people, among them many Christians, banished brutally from their houses, children dying of hunger and thirst as they flee, women kidnapped, people massacred, violence of all kinds, destruction everywhere … All of this deeply offends God and deeply offends humanity.”

A hush fell over the crowd in Saint Peter’s Square after Francis, who has been tweeting calls to pray for the people of Iraq over the last two days, interrupted his prepared speech to ask for a moment of silence.

Francis thanked volunteers in Iraq and said his personal envoy Cardinal Fernando Filoni would leave Rome for Iraq on Monday, “to assure those dear people that I am near them”.

The Vatican said in a statement later on Sunday that the Pope met Filoni to discuss the mission, which is intended to show solidarity with Christians in Iraq in particular, and gave the envoy a sum of money to provide urgent help to the people worst affected.

In his address, the pope also said a failed ceasefire in Gaza could only worsen conflict between Israelis and Palestinians, and prayed for victims of the Ebola virus and those working to stop it.