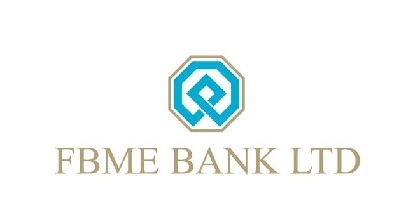 The Central Bank of Cyprus (CBC) announced that it has taken over the management of the operations of the branch of the Federal Bank of the Middle East (FBME), following allegations money laundering by a financial crime unit of the U.S. government.

The CBC noted that “under the powers conferred to it by the relevant legislation, has taken over the management of the operations of the branch of FBME Bank Ltd in Cyprus”.
The Financial Crimes Enforcement Network (FinCEN) of the U.S. Treasury said on Thursday that FBME had facilitated a “substantial volume” of money laundering through the bank for many years and had systemic failures in its anti-money laundering (AML) controls.
Although the bank is headquartered in Tanzania, most of its activities are carried out through its Cypriot branch, FinCEN said.
The privately-held bank issued a statement saying it would cooperate with the Cypriot regulator, but said that it is “shocked by the content of the US Department of the Treasury notice relating to the bank, dated 15 July, that sets out unexplained allegations of weak AML controls.”
The bank added in a statement that it had no prior notification of this announcement nor did have the opportunity to comment on or refute the various allegations set out in it.
“The announcement is all the more surprising because, as a result of the financial uncertainty in Cyprus in the past two years, FBME Bank commissioned a detailed assessment by the German office of a leading international accountancy firm into its operations and practices, which found that the bank’s services are indeed in compliance with applicable AML rules of the Central Bank of Cyprus and the European Union,” it said.

FBME Bank added that “it welcomes the involvement of its regulator, is cooperating fully with it and reiterates its absolute continued commitment to full compliance with applicable laws and regulations.”

The bank concluded that “it continues to comply with European Capital Adequacy and Liquidity Standards and other healthy balance sheet ratios.”

FinCEN said a large shell company customer base facilitated international terrorist financiers and international narcotics trafficking, including the evasion of sanctions on countries such as Syria.

“FBME solicits and is recognised by its high-risk customers for its ease of use,” FinCEN said in its report.
Cypriot authorities found FBME’s compliance with Cypriot banking laws and anti-money laundering regulations deficient on at least two occasions, the U.S. agency said.

It also said the bank came under scrutiny by Cypriot authorities in 2013 for allegedly circumventing currency controls, imposed by Cyprus in the wake of an international bailout in March last year.

FBME Bank was established its Nicosia as a subsidiary of the Federal Bank of Lebanon SAL. In 1986 it changed its country of incorporation to the Cayman Islands and its banking presence in Cyprus was transformed to that of a branch of the Cayman Islands entity.

In 2003 FBME Bank terminated its banking presence in the Cayman Islands and established its parent company and operational headquarters in Tanzania. At the same time, its Cyprus banking operations became a branch of FBME Bank, Tanzania.

As of September 2013, FBME was the largest commercial bank in Tanzania, with a total asset base valued at approximately US$2.72 bln, with shareholders’ equity of approximately US$179.63 mln.

The bank is family owned owned by A-F M Saab and F M Saab and maintains two branches in Cyprus, four in Tanzania and a representative office in Moscow.

In 2005, FBME also expanded into card services and is the only alternative to JCC Payment Systems, the card payment system wholly owned by the Cypriot banks.