A Syrian-American donates $32 million to AUB 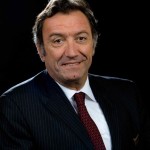 A Syrian-American businessman who grew up in Lebanon donated on Wednesday $32 million to the American University of Beirut, the largest ever grant to the private Lebanese university.

“The AUBMC 2020 Vision initiative includes the construction of new clinical and research facilities, acquisition of state-of-the art equipment for research, diagnostics and treatment, and the ongoing recruitment of leading physicians and specialists from around the world,” the university said in a statement.

“It is the university’s most ambitious project since the founding of the medical center in 1902.”

AUB noted that it would name a medical building currently under construction after Jamal’s parents, Aida and Halim, the latter of whom attended the university in the 1940s.

Daniel , who was born in Tartus, Syria moved to Lebanon when he was five years old . After completing his high school education in a Jesuit school in Lebanon, Daniel and his family moved to Geneva, Switzerland and from there he moved to the United states and graduated with an MBA from the University of Texas in Austin in 1982.

Daniel who also holds the Lebanese citizenship is President and Chairman of Crest Investment Company in Houston Texas. He manages investments in oil and gas, telecommunications, high technology, media, manufacturing and real estate.

Daniel is the founder of Al-Monitor an American news website.

Daniel also founded The Levant Foundation in Houston, Texas, which is a private, non-profit organization committed to the furthering of knowledge about Levantine culture and history in the Middle East, as well as the relationships among the three monotheistic religions: Judaism, Islam and Christianity.