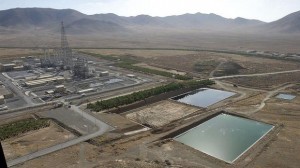 Atomic experts from the United Nations nuclear watchdog were at Iran’s Arak heavy water plant on Sunday to inspect it for the first time in more than two years, Iranian media reported.

The visit comes just weeks after Iran clinched a landmark nuclear agreement with world powers under which it will freeze or curb some of its controversial nuclear activities in return for limited relief from crippling international sanctions.

Mr Kamalvandi said the one-day inspection of the facility 240kilometres south-west of Tehran would end in the afternoon, and the IAEA inspectors would leave for Vienna afterwards.

The inspection comes within the framework of a mid-November agreement that also allows the IAEA access to a uranium mine near Gachin, in southern Iran.

The IAEA regularly checks work on the Arak reactor, but says it has not received any new design details since 2006. Inspectors had not been to the heavy water plant at the facility since August 2011.

The Arak reactor is of concern to the international community because Iran could theoretically extract weapons-grade plutonium from its spent fuel.