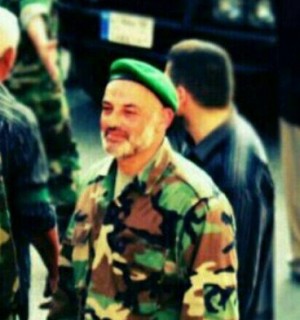 It appears that the Syrian war is turning into a cemetery for the most prominent leaders of Hezbollah .

That most recent victims are Ali Bazzi and Ali Saleh.

Hezbollah lost one of the most prominent field commanders during the clashes in Syria, Ali Hussein Bazzi who hails from the town of Bint Jbeil of south Lebanon near the borders with Israel.

Bazzi will be buried Monday in Haret Saida, according to Lebanese media reports.
The announcement of Bazzi’s death comes hours after the announcement of death of Hezbollah field commander , Ali Hussein Saleh, nicknamed “Sheikh Hadi” who was killed in the clashes taking place in the Al Qalamoun mountain area in Syria.

Salah who hails from the town of Abbasieh in the Tyre district will be buried late Sunday in the Dhahieh , Hezbollah’s stronghold south of the capital Beirut

President Michel Suleiman again called on Hezbollah to withdraw from Syria and abide by the Baabda declaration.

“Getting involved in foreign affairs in defense of a cause or weapons leads to the demise of the state,” Suleiman said on Saturday during the unveiling of statues of former presidents since the Independence at the Baabda palace, in reference to the Shiite group.

Thousands of Hezbollah fighters are reportedly helping the Syrian president Bashar al Assad forces against the mostly Sunni rebels who are trying to topple the 40 year old dictatorship. This is resulting in escalation of tension between the Lebanese Sunnis who support the rebels and the Shiites

The Baabda Declaration was issued following a national dialogue in 2012, and was championed by President Suleiman and signed by all the Lebanese parties including Hezbollah.