Zarif appeals to Saudi Arabia to work with Iran 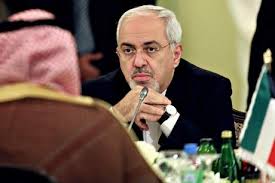 Mohammad Javad Zarif, Iran’s foreign minister who is currently on a tour of the Gulf states, has appealed to Saudi Arabia to work with Iran towards achieving regional stability.

He said on Monday in Doha, Qatar, after visits to Kuwait and Oman for meetings on its recent nuclear deal with world powers that his goal was to assure Gulf Arab states that the deal was in their best interests.

“We believe that Iran and Saudi Arabia should work together in order to promote peace and stability in the region,” Zarif told AFP news agency.

Zarif suggested the deal should not be seen as a threat.

“This agreement cannot be at the expense of any country in the region,” he said on Sunday.

“Our relations with Saudi Arabia should expand as we consider Saudi Arabia as an extremely important country in the region and the Islamic world.”

Zarif also praised Oman’s role in last month’s negotiations between Iran and world powers including the US that paved the way for the landmark nuclear deal.

“We expressed our appreciation for the very central and positive role that the sultanate had played in facilitating these talks,” Zarif said after he met Sultan Qaboos of Oman.

Qaboos has acted as an intermediary between Western countries and the Islamic republic in the past few years.

According to reports, the sultanate hosted secret talks between Iran and the US in the lead-up to the six-month accord on Iran’s nuclear programme.

They “discussed bilateral relations and means of developing them as well as matters of mutual interest,” QNA said.

The nuclear deal that was reached in Geneva, Switzerland, on November 24 was welcomed by the Sunni-ruled Gulf Arab states, which have long been concerned about Iran’s regional ambitions.

But the Saudi government reacted cautiously, saying the deal could mark the first step towards a comprehensive solution for Iran’s nuclear programme.

Zarif voiced hopes to visit Saudi Arabia soon and the United Arab Emirates, whose foreign minister announced during a visit to Tehran last week that his government was ready to create a joint economic commission with Iran.

“I am ready to go to Saudi Arabia, but it is just a matter of being able to arrange a mutually convenient time. I will visit it soon inshallah [God willing].”

The GCC is led by Saudi Arabia and includes Bahrain, Kuwait, Oman, Qatar, and UAE.

“We feel that relations between countries in the region must be built on mutual trust and friendly ties must be strengthened,” Oman News Agency quoted Rouhani as saying.

Zarif said it was not Iran’s goal to deceive the world.