US Senator calls imports of Chinese chicken “a bad idea” 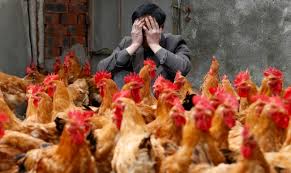 Chicken from China has officials on alert, including U.S. Sen. Charles Schumer (D-N.Y.).

This has never happened before, and it is a bad idea, Schumer argued.

“China has a terrible record on health safety, and chickens are one of the things that need the most care and inspections,” he said.

Schumer called the plan a huge change in policy, and a big mistake.

“China has been a massive source of food poisoning here in America for years,” U.S. Sen. Charles Schumer (D-N.Y.) said.

“China has been a massive source of food poisoning here in America for years,” he said.

A step closer to final approval, Schumer said a USDA report to Congress indicated aspects of the Chinese slaughter system to be equivalent to that of the U.S.

In response to Schumer’s comments, the USDA said it is legally obligated to review requests from countries waiting to export, but it has not finalized its audit of China.

As to whether the Chinese poultry slaughter system is equivalent to that of the U.S., the USDA said categorically that it is not.

“USDA has not found China’s poultry slaughter system to be equivalent and therefore poultry slaughtered in China is not allowed to be imported to the United States,” the agency said in a statement. “The U.S. food supply is among the safest in the world, and the Food Safety and Inspection Service is dedicated to maintaining that status.”