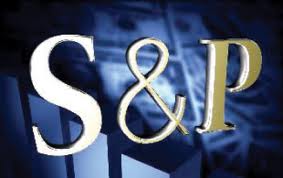 Standard & Poor’s Ratings Services has lowered to ‘B-‘ from ‘B’ its long-term counterparty credit ratings on three Lebanese banks–Bank Audi SAL–Audi Saradar Group, BankMed s.a.l., and Blom Bank sal–following a similar rating action on Lebanon. The outlooks on all three banks remain negative. At the same time, it lowered to ‘C’ from ‘B’ the short-term counterparty credit ratings on Bank Audi and BankMed. The rating actions follow the lowering of ratings on the Republic of Lebanon (B-/Negative/B).

The sovereign downgrade reflects the assessment that Lebanon’s macroeconomic fundamentals have slowly but steadily declined since the Syrian crisis began in early 2011. After nearly three years of weak growth–exacerbated by an internal political environment not conducive to policymaking–public finances have deteriorated and the debt-to-GDP ratio is again trending upward.

Despite the three banks’ sound geographic diversification by regional standards, and fairly conservative stance over the past 18 months, we believe that they are highly exposed to their domestic operating environment, including through their large exposure to the sovereign. This opinion is encapsulated in our ratings and outlooks on the banks, which therefore closely follow those on the sovereign. Consequently, our ratings on the banks do not exceed those on the sovereign.

The three banks’ exposure to the sovereign compared with their equity bases has reduced over time–most notably in foreign currency–but remains high, which we believe strongly ties the banks’ fortunes to Lebanon’s solvency. On 31 December 2012, the ratio of Lebanese government and central bank debt instruments (excluding cash and reserves at the central bank) to common shareholders’ equity stood at about 3.3x, 3.1x, and 4.0x, respectively, for Bank Audi, BankMed, and Blom Bank.

S&P will continue to closely monitor possible further developments. In particular, the ratings agency does not rule out that the sovereign’s weakened credit quality could affect its view of the banks’ risk positions and capital and earnings. This, in turn, could lead us to revise the assessment of the banks’ SACPs downward.

A negative rating action on Lebanon would trigger a similar action on the three banks. S&P could therefore lower the ratings on the three banks further if the political and economic situation deteriorates to the point where it staunches domestic deposit growth or external inflows to the banking system. Both are important sources for funding the government’s fiscal deficits and external requirements, as well as for maintaining confidence in the Lebanese pound’s peg to the dollar.

Conversely, it could revise the outlook on the three banks to stable should there be a breakthrough on the domestic political front.

Owing to the close links between Lebanese banks’ creditworthiness and that of the sovereign, specific factors relating to each of the three banks that would prompt a change in the respective ratings appear limited at this stage.

The Secretary General of the Association of Lebanese Banks, Makram Sader, stressed that the ratings agency Standard and Poor’s decision to downgrade three Lebanese banks has no impact on the Lebanese banking sector.

“The rating isn’t based on the banks strength or general performance but on the state’s sovereign rating,” Sader said in comments published in An Nahar newspaper on Friday.

Sader lashed out at the politicians, holding them responsible for the deteriorating economy and financial situation in the country.

“We were rather hoping that the Lebanese banks would be rewarded on the efforts exerted by them to fortify the sector, instead they are being punished for the state’s performance,” Sader said.