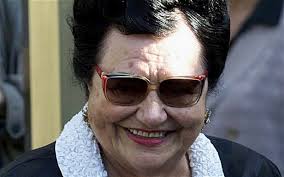 BELGRADE, Serbia – Jovanka Broz, who was married to Yugoslavia’s dictator, Josip Broz Tito, for nearly 30 years but lived in isolation as the federation he had built broke apart, died Sunday. She was 88.

Broz died of heart failure at Belgrade’s emergency hospital, where she had been receiving care since August, said Zlatibor Loncar, its director.

“With Broz’s death, we are left without one of the last most reliable witnesses of our former country’s history,” Prime Minister Ivica Dacic of Serbia said in a message of condolence.

Tito led the Partisan communist resistance movement that fought the Nazi occupiers of Yugoslavia during World War II. He first met Broz when she fought in the first female brigade of the guerrilla group.

After the war, Tito, an ethnic Croat, took power and ruled the multiethnic federation of Yugoslavia with a heavy hand. But he also kept close relations with the West and gave Yugoslavia’s citizens liberties such as free travel that were not allowed in other communist nations at the time.

After Tito came to power, Broz, an ethnic Serb, was assigned to work with the communist leader. They began a relationship and married in 1952. Over the next two decades, Broz accompanied Tito during his many international trips and at meetings with foreign leaders and celebrities, including British royals, U.S. President Richard Nixon and Hollywood stars. 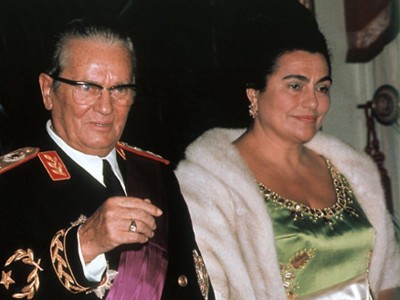 The couple started having problems and drifted apart in the 1970s.

Tito died in 1980, and the six-member federation fell apart in early 1990s in a series of ethnic conflicts. Seven independent nations emerged after warfare that left about 100,000 people dead and millions homeless.

Following Tito’s death, his successors accused Broz of ambitions to take over the country and placed her under house arrest. Broz said she was kicked out of her residence, which was ransacked and her personal belongings impounded. Later, as Tito’s personality cult crumbled and his once-glorified role in Yugoslavia’s history came under scrutiny, Broz mostly remained in isolation.

In a rare interview in 2001, she told the Blic newspaper that she lived in a Belgrade house without heating and often no electricity, and that she had no income or property to support herself.

“I’m totally deprived of any rights,” Broz said at the time.

She did not hold valid Serbian identity documents until 2009, when a pro-democracy Serbian government moved to improve her status.

On Sunday, Serbian premier Dacic said in his message that “unfortunately the historic injustice has just started to be undone at the end of her life.” He said his government supports burying Broz at the same complex where Tito’s tomb is located in a residential area of Belgrade.

The couple did not have children.