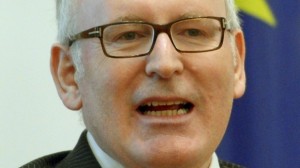 A Dutch diplomat in Russia has been beaten up by two unidentified men who barged into his apartment in central Moscow.
The attack follows the arrest of a Russian diplomat in The Hague earlier this month and is certain to add to growing tensions between the two countries.

Russia’s Investigative Committee said Wednesday in a statement that it was investigating the incident, in which it said the Dutchman was tied up with tape.

Dutch Foreign Minister Frans Timmermans said in a post on his Facebook page that the diplomat was slightly injured in the assault on Tuesday night, and the Netherlands was asking for an explanation from the Russian authorities.

The diplomat’s name was not released by either the Dutch Foreign Ministry or the Russian investigators.