This policy brief examines the various dimensions of the Syrian humanitarian crisis. Following a brief description of the evolution of the crisis, analysis turns to the humanitarian situation inside Syria and beyond Syria’s borders and the political implications of the massive arrival of refugees for the host governments. The brief then draws out common themes from this analysis and offers a series of recommendations for key stakeholders.

The particular challenge of protecting and assisting people inside Syria

All parties to the armed conflict should comply with the basic principles of international humanitarian law and uphold basic, internationally-recognized human rights.

The UN Security Council should develop strongly-worded resolutions to support the necessary access for humanitarian assistance operations inside Syria including expanding cross-border operations and supporting the use of humanitarian ‘corridors’ and humanitarian ‘pauses’ to enable aid to be delivered to those in need.

If the Security Council is unable to act on the issue of humanitarian access, the UN General Assembly should take a more active role. 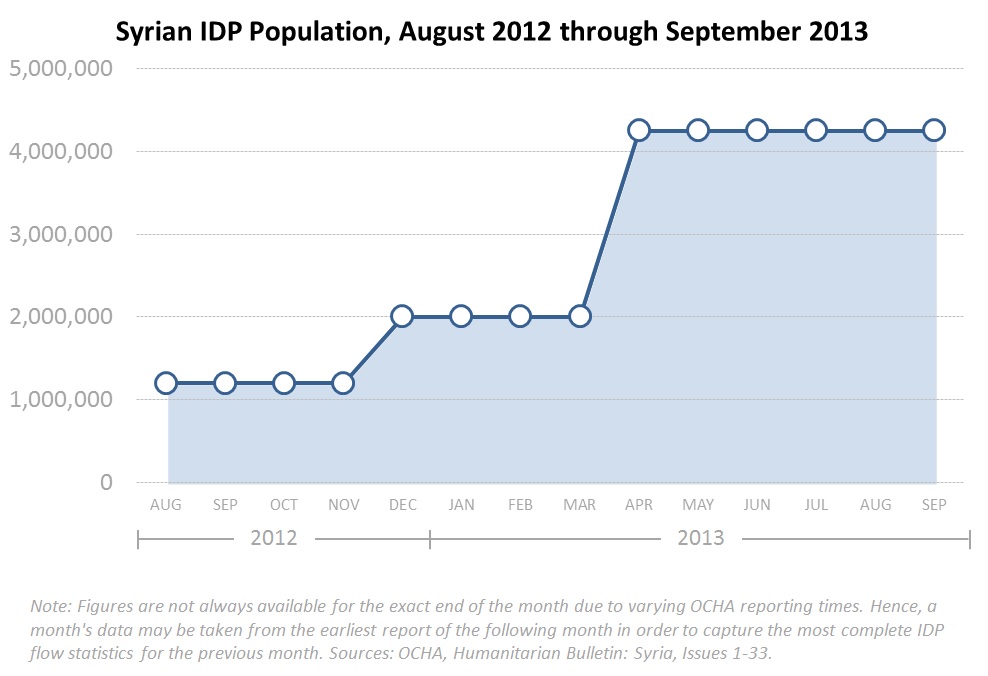 International agencies must continue to affirm the humanitarian and non-political nature of assistance.

Assistance to refugees and internally displaced persons (IDPs) should be improved and increased, particularly for those living outside of camps.

Governments, international agencies and civil society groups should prioritize education and gender-sensitive programming that have long-term implications for the future of the region.

Governments should be supported to preserve asylum space in the region, including through assistance to affected communities.

Creation of a Regional Crisis

Governments in the region – those of Lebanon, Jordan, Turkey, Iraq and Egypt – initially responded with generosity and solidarity to the arrival of refugees on their borders. Although all of the governments have imposed restrictions on entry of one kind or another, they deserve recognition and appreciation for their policies of openness and welcome to refugees. Governments hosting the region’s two million registered refugees need support to defray some of the costs they have born in allowing the refugees to enter and in providing for at least some of their basic necessities. As we discuss in this policy brief, the presence of Syrian refugees in neighboring countries incurs not only financial costs, but also presents political dilemmas for the host governments, particularly in their relationships with other countries in the region and in addressing the ethnic and sectarian balance in their own countries. 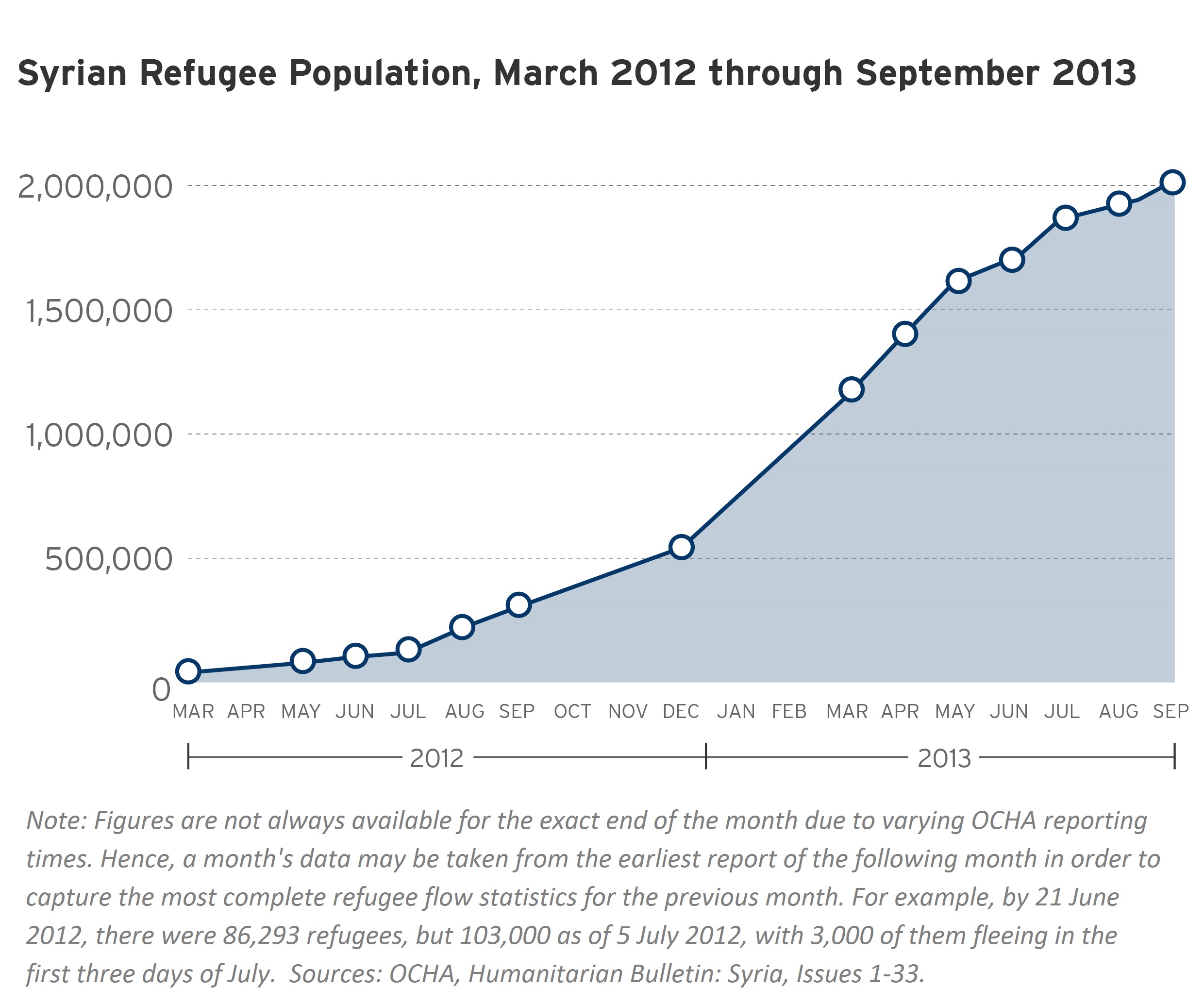 Development actors, including international agencies, bilateral aid agencies and regional bodies should become fully engaged in addressing both the present needs of the displaced and the communities which host them and in seeking solutions.

Discussions should begin now about the eventual establishment of an international mechanism to support solutions for displacement in and from Syria.

Given the lack of political solutions in the immediate future, serious efforts need to be made to look beyond the daunting challenges of responding to the needs of the over six million displaced persons and to consider steps that can be taken now to support refugees and IDPs to find solutions in the future.