The United States declared Monday that a UN report into a chemical weapons attack in Syria makes it clear that Bashar al-Assad’s regime was responsible.

“The information provided in that report that the sarin agent was delivered on surface to surface rockets that only the Assad regime has, makes clear the responsibility,” White House spokesman Jay Carney said.

What chemical weapons does Syria have?

The United States and Russia reached an agreement on the seizure and destruction of Syria’s chemical weapons arsenal. Experts think, though no one knows for sure, that the country may have up to 1,100 tons of these types of chemical weapons: 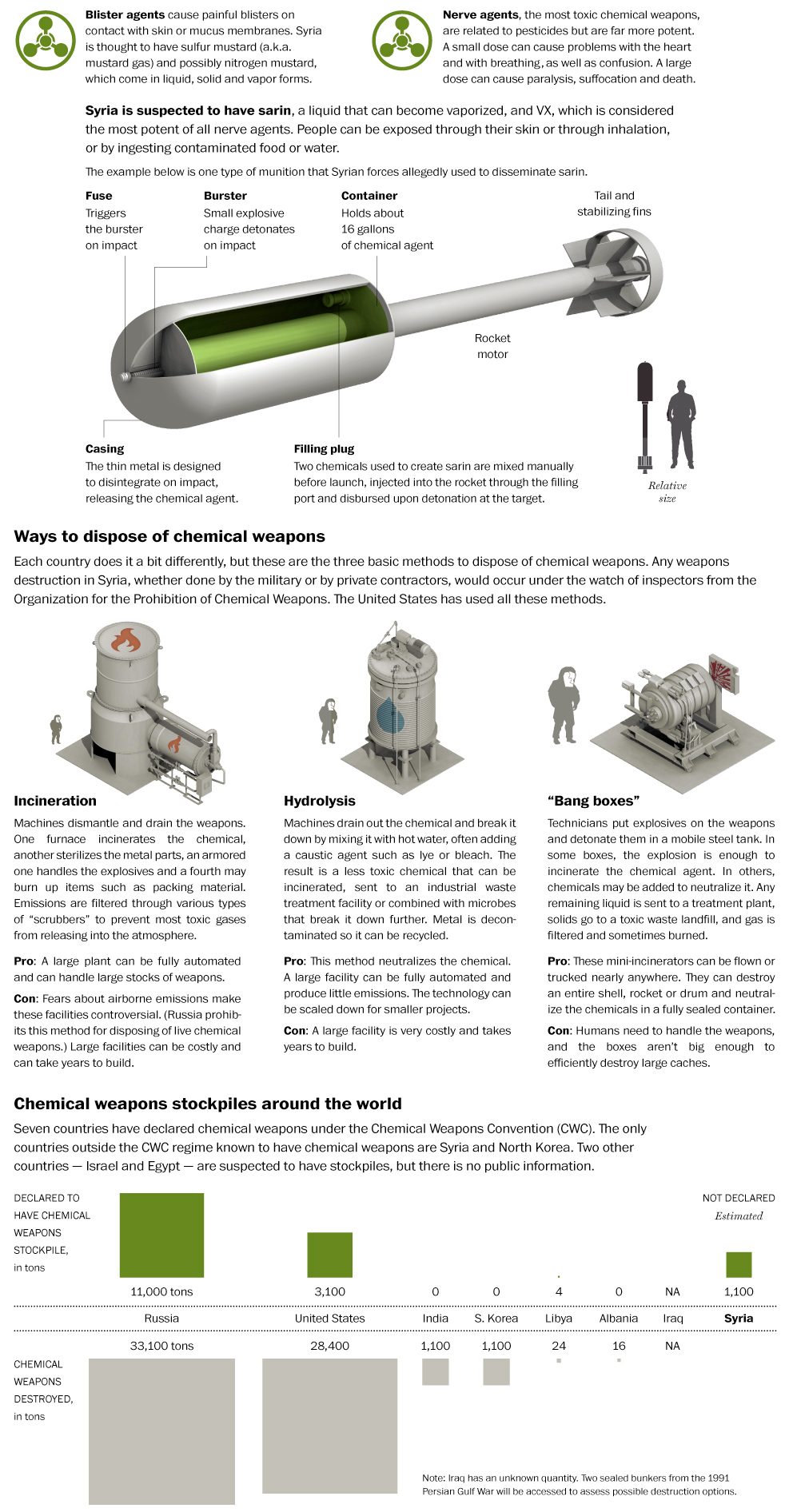 By Bonnie Berkowitz and Todd Lindeman,