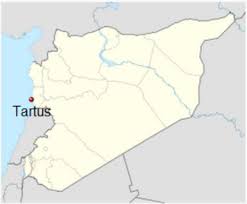 Syria’s military is preparing for a U.S. strike by dispersing its forces into apartment buildings, schools and mosques, and may be hiding its most valuable assets inside a Russian naval base, betting that U.S. missiles will avoid it.

“There is some evidence that the Syrian military is treating the Russian base at Tartus as a safe zone,” said Christopher Harmer, a senior naval analyst at the Institute for the Study of War.

Reports from Damascus say Syria’s regime has been moving potential targets often under the cover of darkness, and the main Western-backed opposition group says Syria’s army in the past week has moved troops, rocket launchers, artillery and other heavy weapons into residential neighborhoods in cities nationwide — raising the specter of human shields and civilian collateral damage.

Syria’s repositioning of troops and weapons underscores the risks of President Obama’s decision to seek congressional authorization for a limited attack on the regime for its use of chemical weapons Aug. 21. The president last week deployed warships in the Mediterranean and Red seas, but suddenly announced Saturday that he would get approval from Congress before launching an attack.

Tartus, Syria’s second-largest city on the Mediterranean, is home to Russia’s only naval base outside its borders.

Mr. Harmer, a 20-year Navy veteran, said Syrian President Bashar Assad’s military leadership “believes the [U.S.] strikes will not target” the base, which was established in the 1970s under an agreement with the Soviet Union.

“The Assad regime is moving tracked vehicles into Tartus,” Mr. Harmer said, adding that his information came from verbal reports collected by his contacts on the ground and transmitted via email and social media.

He acknowledged that it is not possible to tell whether the equipment being moved is Syrian or Russian, but said he is “90 percent confident that either Assad or the Russians are moving at least some high-value equipment into the Russian base.”

Jeffrey White, a defense intelligence analyst who has watched the Syrian military for many years, concurred with Mr. Harmer’s assessment.

“That would make sense especially for very high-value systems” such as the control units for Syrian anti-ship missiles, Mr. White said.

One man said two members of the elite Republican Guard broke into an empty house he owns and showed him an official document stating that they were authorized to do so because Syria is at war. A woman in another area said soldiers moved into a school next to her house.

A U.S. official also confirmed indications that the Syrian regime is taking steps to move some of its military equipment and bolster protection for defense facilities, the AP reported.

“They are dispersing into civilian areas and relocating to civilian facilities,” said Mr. White, recalling that the same tactics were used with limited success by Libya’s armed forces during the NATO bombing campaign in 2011.

He noted that the Lebanese militant group Hezbollah had more success in doing the same thing during the Israeli invasion of 2006, “making it more difficult [for the Israelis] to strike their targets and raising the risk to the Israelis” of civilian casualties.