Obama, Putin set for collision over Syria at G20 summit 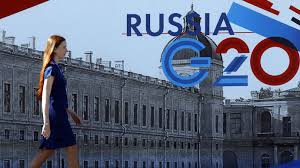 World leaders will gather in St Petersburg on Thursday for what has transformed into an international showdown with Vladimir Putin threatening to send a missile shield to Syria if the US launches an attack without the authority of the United Nations.

The G20 summit, hosted by Putin, had been expected to focus on the world economy and growth, but will now be dominated by the Middle East crisis, even if the formal agenda remains fixed on the slowdown of growth in emerging markets.

Barack Obama, speaking during a stopover in Sweden before the summit, denied his political credibility was at stake but admitted relations with Russia had hit a wall. He insisted he had not set the red lines requiring a military response if the Syrian government deployed chemical weapons.

“The world set a red line when governments representing 98% of the world’s population said the use of chemical weapons was abhorrent and passed a treaty forbidding their use even when countries are engaged in war,” he said. “That was not something I just kind of made up, I did not pluck it out of thin air.”

“Keep in mind, I’m somebody who opposed the war in Iraq, and I’m not interested in repeating mistakes about basing decisions on faulty intelligence,” the US president said at a news conference in Stockholm.

On Tuesday Obama portrayed his plans for US military action as part of a broader strategy to topple Bashar al-Assad, as the White House’s campaign to win over sceptics in Congress gained momentum. 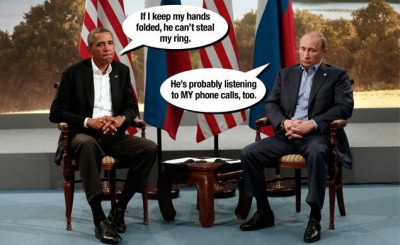 Putin, in an interview published on Wednesday, said it was too early to talk about what Russia would do if the US attacked Syria but added: “We have our ideas about what we will do and how we will do it in case the situation develops toward the use of force or otherwise. We have our plans.”

He then said Russia might restart Syria’s suspended S-300 air defence missile contract. Describing the weapon as “very efficient”, he said: “If we see that steps are taken that violate the existing international norms, we shall think how we should act in the future, in particular regarding supplies of such sensitive weapons to certain regions of the world.”

The statement could also be a veiled threat to revive a contract for the delivery of the S-300s to Iran, which Russia cancelled a few years ago under strong US and Israeli pressure.

But Obama arrives at the summit with his hand strengthened by the growing impression that he will win the support of Congress next week to take military action. In signs that the political tide was slowly turning Obama’s way in Washington, US senators on an important committee yesterday agreed on a draft resolution backing the use of US military force in Syria. The Senate foreign relations committee passed an amended resolution to authorise military action. It authorises strikes against the Syrian regime within a 60-day window, extendable to 90 days, as requested by the White House.

But it also includes tougher wording introduced by the hawkish Republican senator John McCain, which makes it “the policy of the United States to change the momentum on the battlefield in Syria”.

Obama also retains the support of the French and the personal backing of David Cameron, even though the British government is now debarred from joining any action owing to last week’s mishandled Commons vote.

The resolution will be put before the full Senate for a vote on Monday, where it is expected to pass. Obama was facing a tougher battle in the House of Representatives, whose foreign affairs committee heard testimony from secretary of state John Kerry on Wednesday. Kerry warned a sceptical and sometimes raucous panel that failing to strike Syria would embolden al-Qaida and raise to “100%” the chances Assad would use chemical weapons again.

In the only glimmer of diplomatic light Putin said he did not exclude supporting a UN security council resolution supporting military action in Syria if there was credible evidence Assad had used chemical weapons. But he described the idea that Syrian government forces would use chemical weapons at a time when he said they were in the ascendancy and knowing the potential repercussions as absurd.

He added: “In our view, it seems completely ridiculous that the regular armed forces, who are actually on the attack and in some places have the so-called rebels surrounded and are finishing them off, that in these conditions would use prohibited chemical weapons.

“Understanding quite well that this could be a reason for sanctions on them, including the use of force. It’s just ridiculous. It does not fit into any logic.”

But German intelligence, using intercepts in Lebanon, became the latest agency to claim it had information linking the attack to Assad forces.

Cameron is also expected to announce further British intelligence to persuade Putin that Assad forces were responsible. He is also likely to press on the need for clear humanitarian corridors in Syria to boost aid to trapped refugees, as well as call for an end to the bureaucratic delays preventing aid workers reaching Syria.

In the Commons he made it clear that Assad had to be persuaded to the negotiating table by his military capacity being degraded. The White House claims says 1,429 people died from the gas attack on August 21. The British-based Syrian Observatory for Human Rights, which collects information from a network of anti-government activists in Syria, says its toll has reached 502. Assad’s government blames the episode on the rebels.

A UN inspection team is awaiting lab results on tissue and soil samples it collected while in the country last week. It emerged on Wednesday that it could be three weeks before they issue their report.