Obama to use G20 for Syria attack justification 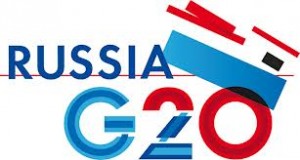 US President Barack Obama is expected to bring the Syria issue to a Group of Twenty (G20) summit to solicit support for military intervention, a Russian lawmaker said Sunday.

“Obama will try to use the G20 summit to justify the attack on Syria. Whatever agenda the summit may have, Syria will be its focal point,” Alexei Pushkov, chairman of the State Duma’s International Affairs Committee, wrote in his Twitter account.

The G20 summit is slated for September 5-6 in the Russian city of St. Petersburg.

Obama said Saturday that he has decided to take military action against Syria but will first seek authorization from Congress.

He noted the operation will not be “an open-ended intervention” and will not involve “boots on the ground.”

Earlier on Sunday, Pushkov said Obama was forced to put off the military action due to Britain’s refusal to do so and a split in public opinion.

“I think that Obama now wants to win guaranteed national support at the level of legislative power,” Interfax news agency quoted him as saying.

Russian President Vladimir Putin on Saturday urged Obama not to initiate armed intervention in Syria, warning such attempts could not resolve any problem.

Meanwhile, he questioned the US investigation result over alleged chemical weapons use by Syrian government, calling it ” utter nonsense.”

According to the Russian leader, the G20 summit will be a good forum for discussions over Syria.

Britain dropped out of a possible coalition with the United States and France on Thursday as its parliament vetoed against a government action plan, dealing a severe blow to the Obama administration’s momentum on Syria.