Britain will play an active role in Syria strike, despite vote 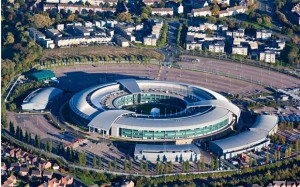 Britain will continue to play an active role in any military strikes on Syria, despite David Cameron’s vow not to join the attacks following his Parliamentary defeat last week.

The UK’s intelligence-gathering assets based in the Mediterranean are to provide the US military with information, as it prepares to carry out cruise missiles strikes against President Bashar al-Assad.

Whitehall sources said Britain’s decision not to take part in attacks punishing the regime for using chemical weapons only covered its Armed Forces, and the sharing of intelligence would continue.

GCHQ’s powerful eavesdropping facilities on Cyprus, around only 100 miles from the Syrian coast, are expected to play a key role in intelligence gathering for military action.

One source said: “We always support our allies and the Commons’ vote was about military action, not about intelligence.” The Cyprus post intercepts messages from across the Middle East and is central to Britain’s intelligence sharing with the US, according to documents leaked by American whistleblower Edward Snowden. Washington pays for half its costs and in return has a say in what it does.

Meanwhile, the military build-up in the region was continuing yesterday, with the arrival of a US navy amphibious landing ship carrying hundreds of US Marines.

The vessel, the USS San Antonio, is also equipped with helicopters and V-22 Osprey aircraft, that could be deployed to help rescue downed pilots. The US authorities have described its arrival in the eastern Mediterranean as part of “prudent planning”.

Six RAF Typhoons and a Sentry early warning plane remain in place in Cyprus to protect the spy bases and Britain’s airfield from possible attack by “rogue aircraft”.

The Royal Navy also said there were no plans to move a Trafalgar class nuclear-powered submarine which had been on standby to join an assault. The submarine has a formidable array of spy equipment, but sources said it was now not likely to use it to back the attacks.

Those attacks will almost certainly begin with a night time barrage of Tomahawk cruise missiles launched from the US Sixth fleet.

By last night the fleet had positioned five Arleigh Burke class destroyers in the eastern Mediterranean, each armed with up to 90 missiles. USS Stout has been deployed to join sister ships Mahan, Ramage, Barry and Gravely, a US defence official said. The addition of a missile carrying US submarine gives Barack Obama the option to launch hundreds of missiles in “surgical” strikes across Syria.

A list of possible targets includes command and control centres such as the general staff, special forces and military intelligence headquarters in Damascus, along with Assad’s palace itself.

Syria’s chemical weapons infrastructure is also likely to be hit. There are research labs in Hama, Latika and Homs. Missiles could also strike artillery depots used to launch chemical attacks, but analysts have suggested America will shy away from hitting stockpiles themselves for fear of toxic chemical leaks, or leaving smashed bunkers full of chemicals open to plunder by jihadist rebels.

Opposition rebels also want Mr Obama to hit Syrian airbases, including the Dumayr and Mazzeh which are being used by Iranian cargo planes to supply Assad’s forces.

America also has F-16 fighters poised around the region, at bases in Incirlik in Turkey and in Jordan. Two Fifth fleet carrier strike groups with dozens of F-18s are within reach in the Gulf and longer range bombers could be sent from America.

However the strength of Syria’s air defences and American spending cuts which have grounded combat squadrons both mean the US is likely to rely on missile strikes.

As the American military colossus assembles, France is the only European nation prepared to join in. It has sent an anti-missile warfare destroyer to the region and has the aircraft carrier Charles de Gaulle, in Toulon, southern France.

French aircraft can be equipped with Scalp missiles and it has seven Mirage 2000 combat jets in Djibouti and six Rafales are stationed in Abu Dhabi.

In the face of such a build-up, Syria said it expects to be attacked imminently.

“We are expecting an attack at any moment. We are ready to retaliate at any moment,” a security official said.

The country’s state television has been broadcasting images of Syrian soldiers training, fighter jets soaring in the sky and tanks firing at unseen targets, to the backdrop of martial music.

Among Assad’s options for retaliation, one of the most feared is a strike from his stockpile of Scud missiles. Some estimates put his arsenal at 500 and all are capable of carrying chemical weapons. Cyprus, Turkey, Israel and Jordan are all well within range. Any attack with Scuds, particularly on Israel, would invite dangerous escalation across the region.

To combat the possibility, the US and Nato have built a shield of Patriot missile batteries surrounding Syria ready to knock down incoming missiles.

US batteries are in place in Turkey and Jordan, while Israel has its own missiles in place.

Reports from inside Syria suggest the regime is already trying to lessen the impact of air attacks by dispersing and hiding Scud missile launchers and aircraft. Senior military officers are also steering clear of headquarters buildings and bunkers which are expected to be hit.

Assad also has a wide range of unconventional options for revenge, using his allies and militant groups around the region.

Turkey will be on alert for car bombings in its border towns similar to one in Reyhanli earlier this year.

In Amman, Jordan, security will be bolstered in the city’s five star hotels, which are popular with foreigners.

Assad could also encourage attacks by militant groups linked to his Iranian allies. The Shia militia Hezbollah could be persuaded to fire rockets from southern Lebanon into Israel. The Iranian-sponsored militants group Islamic Jihad has also frequently fired rockets into Israel