Pilgrims Families: Any Turk in Lebanon is a target 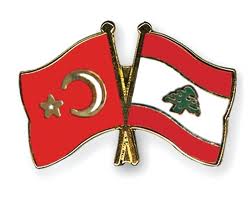 The families of the Lebanese pilgrims that are being held in Syria threatened to kidnap “any Turkish national on Beirut’s streets,” after the Internal Security Forces’ Intelligence Bureau failed to release Mohammed Saleh, a relative of one of the hostages who has been arrested over alleged ties to the kidnappers of the two Turkish pilots.

The warning comes after the families held a meeting with caretaker Interior Minister Marwan Charbel at his office over the arrest of Saleh and the ongoing negotiations in the case of the abducted pilgrims.

“Charbel said Mohammed Saleh is innocent and that he was held on suspicions but he has not been released until the moment and for this reason any Turkish national on Beirut’s streets will be kidnapped,” Hayat Awali, a spokeswoman for the families, said in an interview with New TV

“Any Turkish national on Beirut’s streets is a legitimate target for us,” she added.

Saleh was arrested on Sunday by the ISF Intelligence Bureau on charges of having links to the kidnappers of the two Turkish pilots who were abducted on Friday near the Rafik Hariri International Airport in Beirut.

For his part, Sheikh Abbas Zgheib, who has been tasked by the Higher Islamic Shiite Council to follow up the case of the abducted pilgrims, said the delegation discussed the “latest developments” with Charbel.

“He briefed us on the latest developments pertaining to the nine hostages and the atmosphere was positive,” he added.

“The Turkish state is responsible for the return of the nine abductees to Lebanon,” said Zgheib.

In an interview with LBCI television, the cleric said: “Charbel informed us that Mohammed Saleh has nothing to do with the kidnapping operation and that he is being interrogated over the congratulations phone call he had received.”

But he warned: “If Mohammed Saleh is not released today, we will consider him to be kidnapped by the Intelligence Bureau and we’ll act accordingly.”

On Sunday, the families of the abductees threatened to escalate their protests in the wake of Saleh’s arrest.

Turkey which had nothing to do with the kidnapping , was accused by the relatives of not doing enough to free the pilgrims and for this reason they arranged during the past several months several rallies, sit-ins and protests against Turkish Airlines and the Turkish embassy in Beirut to pressure the Turkish government to do more.

The Syrian rebels released 2 of the kidnapped pilgrims and claimed that the remaining 9 Shiite pilgrims were members of Hezbollah and promised to release them as soon as Hezbollah quits supporting the Syrian regime in its deadly crackdown against the uprising. But the Hezbollah chief rejected their demand during a speech on June 1, 2012 when he said : “If this kidnapping operation seeks to pressure us into changing our stance ( in supporting Assad) it failed”.

Following the kidnapping of the 2 turkish pilots Sheikh Abbas Zgheib said the relatives of the kidnapped pilgrims support the abduction of the pilots.

March 14 MP Jean Ogassapian pointed fingers at Hezbollah on Saturday and said the abduction of the Turkish Airlines pilots in Beirut bore the hallmarks of the militant Shiite group.

Caretaker Tourism Minister Fadi Abboud warned Saturday that the abduction of two Turkish Airlines pilots will deal a blow to Lebanon’s tourism industry and could be the last nail in the coffin of the tourism sector.

“What happened could be the last nail in the coffin of the tourism sector,” Abboud told LBCI, adding that the incident would have an adverse effect on the tourism sector and harm the economy as a whole given that tourism represented more than 20 percent of Lebanon’s GDP. .

As expected Turkey’s Foreign Ministry issued a travel advisory on Friday in which it called on Turkish citizens to avoid traveling to Lebanon unless it is absolutely necessary .