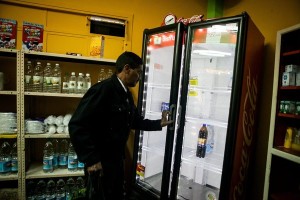 CARACAS, Venezuela — Does Edward Snowden know what he’d be getting into if he ends up gaining asylum here? Many Venezuelans doubt it.

The former National Security Agency contractor remains in Russia seeking at least temporary asylum. But leaders in Venezuela, Bolivia and Nicaragua have to varying degrees said they would be willing to take him in if he can work out a way to get to those countries.

Venezuelans interviewed in recent days say they have more pressing concerns than taking in Snowden, who is wanted by the U.S. government on espionage charges for having leaked details of the government’s efforts to monitor email and voice communications.

“It would be better for Venezuela if he stayed far away,” said 57-year-old Caracas bus driver Sergio Chacon.

“But if they do bring him, all I ask is that he keep his mouth shut and not live off the money of Venezuelans,” Chacon said. “I believe his only intention would be to bother people.”

Said real estate agent Beatriz Monterola, 69: “The government offered asylum just to stick it to the U.S., but Snowden would only bring more headaches than the ones we already have.”

Snowden has been stuck in the transit zone of Moscow’s Sheremetyevo International Airport since June 23. On July 9, Venezuelan President Nicolas Maduro became the first foreign leader to formally offer him asylum, a move that was later matched by the two other countries. All three are all left-leaning governments and frequent critics of U.S. foreign policy.

Some analysts have suggested Maduro was trying to divert Venezuelans’ attention from problems on the home front, including rampant violent crime, scarcities, high inflation and a stagnant economy.

“The asylum offer was a failed attempt to try to change the political agenda,” said political scientist Jose Vicente Carrasquero. “But when people suffer for their basic subsistence, it’s not so easy to divert their attention.”

Yelicer Hernandez, a 33-year-old apartment building concierge in an upscale Caracas neighborhood, said he was willing to give Maduro the benefit of the doubt.

“If President Maduro offers him asylum, it’s so [Snowden] can find a secure place to live, and we will welcome him here,” Hernandez said.

But several people interviewed at random this week in Caracas had no idea who Snowden was. And among those who did, many were concerned that Venezuela would be needlessly involving itself in an international dispute with an uncertain outcome.

“It’s up to the U.S. and Russia to resolve the situation of this guy in the airport,” said 23-year-old university mathematics student Arturo Marcano.

“The United States is a powerful country that could carry out reprisals for giving asylum to someone they consider a traitor,” she said. “An economic blockade would make scarcities more acute when we have enough problems as it is.”

“Who are they to sermonize to the rest of the world on human rights?” Lansberg-Rodriguez wrote.

Caracas hairdresser Jose Molina, 28, said some Venezuelans had become political refugees in other countries to escape persecution at home merely for having opposed the government.

“Everyone has the right to ask for asylum when their life is in danger, but this Mr. Snowden committed a crime, betrayed his country, and should face the consequences,” Molina said.

Andres Schmucke wrote a humorous column in El Universal wondering how Snowden would cope with rampant crime and scarcities.

“He could spend the mornings looking for flour and toilet paper,” Schmucke wrote. “Ha! Welcome to Venezuela, gringo!”

By Mery Mogollon and Chris Kraul

Photo:A refrigerator sits nearly empty in a shop in Caracas, Venezuela. Scarcities are one of many urgent problems facing Venezuela, which has offered asylum to Edward Snowden. (Miguel Gutierrez / European Pressphoto Agency / June 7, 2013)