Kremlin switches back to typewriters ‘to avoid leaks’ 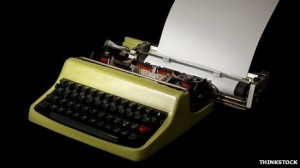 Russia’s agency responsible for the Kremlin security is buying typewriters – a move reportedly prompted by recent leaks by WikiLeaks and Edward Snowden.

A 486,540-rouble ($15,000) order for electric typewriters has been placed by the FSO agency on the state procurement website.

The FSO has not commented on why it needs the old-fashioned devices.

But an agency source told Russia’s Izvestiya newspaper the aim was to prevent leaks from computer hardware.

“After scandals with the distribution of secret documents by WikiLeaks, the exposes by Edward Snowden, reports about Dmitry Medvedev being bugged during his visit to the G20 London summit (in 2009), it has been decided to expand the practice of creating paper documents,” the source said.

The source added that typewriters were already being used at Russia’s defence and emergencies ministries for drafts and secret notes, and some reports had been prepared for President Vladimir Putin by typewriter.

Unlike printers, every typewriter had its own individual typing pattern which made it possible to link every document to a particular machine, Izvestiya said.

He is currently on the run from the US authorities, and is believed to be at Moscow’s airport.

WikiLeaks grabbed world headlines in 2010 by released hundreds of thousands of US state department diplomatic cables, including secret files relating to the wars in Iraq and Afghanistan.