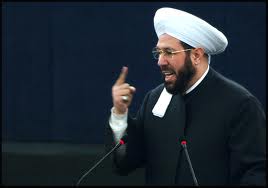 Syria’s grand mufti, Sheik Ahmad Badr al-Deen Hassoun, a Sunni cleric closely linked to Bashar al-Assad, has called for more recruits to the Syrian army, the New York Times reports. It says the decree suggest Assad’s armed forces are in need of more recruits and may begin to strictly enforce compulsory service laws for the first time since the conflict began.

Around 40 Syrian soldiers are being killed each day, according to Jeffery White from the Washington Institute thinktank, who has just returned from a study tour of the region. He said he was given the figure by an analyst who had studied recent funeral data. “In his view the army was exhausting itself”, White said. The government is now relying increasingly to auxiliary and irregular forces, White said. A report by a UN panel on Monday also claimed the Syrian government was increasingly turning to the armed militia groups.