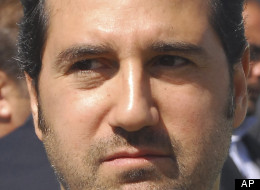 Syria’s government is under growing financial pressure but is surviving through a mixture of help from allies, severe spending cuts, money from wealthy businessmen and the country’s remaining functioning industries.

Almost two years after the Syrian uprising began, Damascus is funding its state structures and war machine thanks to assistance from Moscow and Tehran, dwindling commodity exports and taxes – and the opportunities the war economy offers to make and seize cash.

“You can see pressure building up on the regime but you don’t actually get to the collapse,” said David Butter, a Middle East finance specialist at Chatham House, the London-based think-tank. “There is enough circulation in parts of the economy to keep things going.”

Crucial revenue sources such as oil, tourism and agriculture have been choked by a combination of western sanctions and the devastating impact of the conflict on the wider economy.

While reliable numbers are not available, the Economist Intelligence Unit estimates the economy contracted 18.8 per cent last year, while inflation rose by 37 per cent and the budget deficit climbed to an “unsustainable” 14.7 per cent of economic output.

Yet one critical point is that international financial measures against Syria remain piecemeal. Even the sanctions imposed by the west are not watertight: last year, Greece, a big customer for Syrian phosphates, blocked an EU proposal to ban imports of the mineral, which generated Syria export earnings of $200m in 2010.

What is more, the international sanctions do not affect Bashar al-Assad’s main allies in Tehran and Moscow. Iran has offered public financial support, agreeing last month to set up a $1bn credit line to export consumer goods to Syria.

In August, Damascus said it was finalising an agreement for Syria to send crude oil exports – which are under western sanctions – to Russia in exchange for imports of refined products, although it is not clear if the deal went ahead. Russia has printed Syrian banknotes, while analysts say Russian banks have offered Damascus a precious connection to the international financial system, including processing low-profile oil export deals to other countries.

“Russian banks are going to have to make a decision about whether they want to be viewed as the Syrian regime’s bank of last resort,” said one US Treasury official.

The Syrian government is also still reaping revenues from the mobile phone industry, where – under a prewar operating agreement – the telecommunications regulator receives half the sales generated by the two companies, Syriatel and South Africa’s MTN.

Syriatel, which is owned by Rami Makhlouf ( pictured above) , Syria’s leading plutocrat and a first cousin of Mr Assad, has said it paid 20.5bn Syrian pounds to the government during the first nine months of last year – a 6 per cent increase on the same period the previous year.

MTN said it paid about S£11.6bn pounds to the regulator during the first half of last year, when revenues rose 12 per cent compared with the same period, in part because of greater international traffic as concerned relatives and friends called to check on people they knew in Syria.

While the spending power of both the regime and businesses has been hit hard by the drop in the Syrian pound – which has lost about half its value since the start of the crisis – the currency is in a steady decline rather than in free-fall.

Analysts say it has been propped up to a degree by government intervention in the market and by the influx of dollars into the country as the rebellion has gained territory and received supplies from outside.

Syria business people say the regime is also drawing cash from executives loyal to it – and seizing it from supporters of the armed opposition. “Whoever is accused of financing terrorism, the regime is taking over their assets and money,” said one opposition businessman, adding that the government did this by issuing freezing orders to banks.

The government has also taken action to make its depleted resources go further. It has cut spending savagely and channelled its remaining cash into paying the military and civil servants, analysts say. “The government is basically spending all its money on salaries,” said Jihad Yazigi, editor of The Syria Report economic newsletter.

The way the conflict has evolved has provided a final financial fillip to the regime. In the strange logic of the war economy, the more ground the government has lost to rebels, the more money it has been able to save by withholding funding from those areas.

As one western diplomat puts it: “As the opposition takes more and more parts of the country, that’s reducing the financial burden on the regime.”