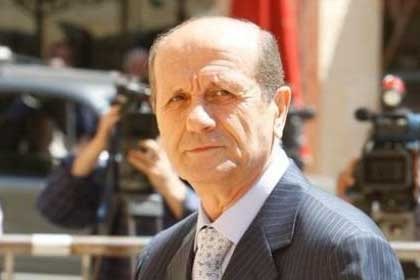 A day after President Michel Suleiman called for legalizing civil marriage in Lebanon to help build unity in the multi-faith country, 2 cabinet ministers jumped on the civil marriage bandwagon and voiced their support for it as an alternative.

Interior Minister Marwan Charbel and Justice Minister Shakib Qortbawi announced during separate interviews with an Nahar newspaper in remarks published on Monday that they support civil marriage in Lebanon as an alternative but both said the issue requires proper laws that regulate such a union .

Charbel pointed out that this issue needs a law that defines the rights and duties of each spouse, regulates the relationship between the spouses before marriage , during and after marriage, divorce, inheritance and others, but such a law can only be dealt with and adopted by the parliament

Charbel’s remarks came after he was criticized for failing to approve the first civil marriage of a Lebanese couple inside the Lebanese territories.

When asked by An Nahar to comment on president Michel Suleiman’s support for civil marriage Khuloud said: “I felt great when I read what the president said and I hope he will use his position to press the issue to give the lebanese people another choice away from sectarianism.”

Charbel told An Nahar that the decree on which the couple based their marriage was issued in 1936 by French high commissioner Comte Damien de Martel when a Lebanese princess made a request to marry a Frenchman adding “but this doesn’t mean that we can rely on the decree and allow for civil marriage without the regulatory measures.” .

Asked about the whereabouts of a similar law proposed during former President Elias Hrawi’s tenure in 1998, he said: “The draft-law remained in the drawers of the cabinet at the time and wasn’t referred to the parliament.”

The proposal gained approval from the cabinet but no action was taken due widespread opposition from the country’s religious authorities.

Charbel told An Nahar that the request to register the marriage contract of Sukkariyah and Darwish was referred to the justice ministry months ago. But the ministry’s consultative authority rejected it for lack of laws that regulate civil marriage in Lebanon, adding any similar request will be dealt with in the same manner in the absence of any law that regulates civil marriage.

Suleiman’s announcement on Sunday in Arabic and English on his Facebook page that Lebanon should work on drafting a civil marriage law, appears to have helped the issue gain momentum . 95 % of the respondents reportedly backed the president’s position .

When quizzed by An Nahar about Sukkariyah and Darwish case Justice Minister Qortbawi promised to investigate the reasons that led to the consultative authority’s rejection of the marriage contract , adding he was “unaware of its details.”

But Qortbawi told An Nahar that in principle he backs civil marriage as an alternative 100% and called for a swift action in adoption of laws that regulate such marriages.