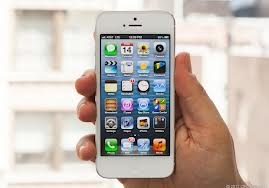 According to Apple watchers, the iPhone 5 is not experiencing weak demand — the recently ballyhooed cuts in component orders could in fact reflect improved yields on components.

All of that talk that Apple has reduced iPhone 5 component orders due to slumping demand for the smartphone might be wrong.

Sterne Agee analyst Shaw Wu today wrote in a research note to investors that Apple’s reported cuts to component orders have nothing to do with weak demand. Instead, Wu said that while component orders are lower, they’re due to “much improved yields meaning lower component builds and supplier shifts.”

“As far as we can tell, iPhone 5 demand remains robust,” Wu said.

The debate over iPhone 5 orders cropped up on Sunday when The Wall Street Journal reported, citing sources, that Apple had cut its iPhone 5 screen orders in half. Those sources said that the cut was due to “weaker-than-expected demand.”

Now, though, analysts are lining up to make clear that the iPhone 5 is doing just fine. Mark Moskowitz, an analyst at J.P. Morgan, yesterday called the iPhone 5 demand rumors “more noise,” according to AppleInsider. The analyst went on to say that the “order cuts are a direct result of manufacturing yields improving following the fast-and-furious product roll-outs of the iPhone 5 as well as new iPads and Macs.”

And about those cuts? It appears they might not be as deep as the Journal’s sources said. Those folks indicated that iPhone 5 component orders were cut by “roughly half.” According to the New York Times, which spoke with NPD DisplaySearch analyst Paul Semenza, Apple had expected to order 19 million displays for its iPhone 5 in January, but cut it to between 11 million and 14 million.