by Ghassan Karam
1558
By Ghassan Karam - Any and all electoral systems that are based on the archaic, discriminatory and undemocratic formula of monasafah (equal shares for Christians and Moslems) are to be rejected on both democratic as well as moral grounds.
Share: 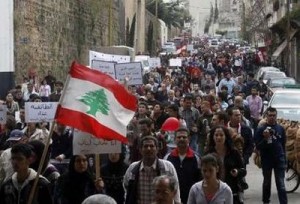 Any and all electoral systems that are based on the archaic, discriminatory and undemocratic formula of monasafah (equal shares for Christians and Moslems) are to be rejected on both democratic as well as moral grounds. It is time for Lebanon to decide once and for all whether it wishes to be a modern democracy that rejects classifying its citizens on sectarian grounds or whether it wishes to pursue the tragic apartheid model.

The only logical grounds for the Orthodox gathering electoral system proposal is lack of trust that a Moslem Lebanese can be as motivated to do what is right for Lebanon as a Christian one. That is not only laughable but is outright immoral besides being anachronistic. To judge the ability of a person to serve her community and her country based on her religious belief ought to never be considered. What a shame that during 2012 the Lebanese ruling class is still mired in such divisive meaningless tactics. Oh how I wish that we could heed the admonishing of one of our great poets, Khalil Gibran, when he said “Pity a nation divided into fragments, each fragment deeming itself a nation”.

This country has been plagued by nothing but problems ever since its inception economic, social political but none more destructive and more corrosive than that of sectarianism. But despite that what remedies do we suggest adopting to ease our estrangement from each other and national discord but more of the same. What makes things worse is the fact that the old unfair status quo in addition to the proposed even more undemocratic one have originated in a religious church that proclaims peace and justice to be its hallmarks. It is painful to say this in a society that claims to be guided by the spiritual and by a sense of wholeness but both of the major Christian churches of Lebanon have been nothing short of a huge disappointment. Both churches appear to have purposely forgotten the teaching of Jesus, their savior, that they should “So give back to Caesar what is Caesar’s, and to God what is God’s” as it was related in Mathew.

How, in the name of God, can a man of the cloth proclaim his followers to be more deserving than those that were born into a different faith or belief? How can we speak of God’s love to all but yet act as if one is more important than the other not because of the individuals’ action or behaviour but simply based on the accident of birth. If the Patriarch is to be believed that the church has no political ambitions then why is it that he calls for political meetings, takes political sides and issues political statements on a daily basis? If some peop00le want to believe in religious mythology then that is their own business but to proceed and dictate civil rights and the weight of the vote on the grounds of their sectarian affiliation is catastrophic. 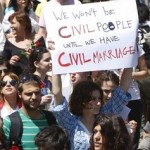 A modern state does not discriminate between its inhabitants, all citizens are entitled to the same protection , enjoy the same intrinsic rights and have an equal opportunity to seek any office, start any business and support whoever they want. The separation of the church from the state implies that the state has no right to segregate citizens into electoral ghettos in order to please misguided and misinformed religious leaders.  A just society is one that does not differentiate between its citizens based on the colour of their skin, race, gender, sexual preferences or religious affiliations. It is paradoxical that many agree that most of the above criteria are bogus yet they go out of their way to rationalize differences based on how they pray ,for whom they pray or whether they pray.

Ever since its modern formation, Lebanon has been struggling to find avoid the label of dysfunctionality as a state. Lebanon has failed to promote citizenship and allegiance to the idea of the state. One reason for such failure has been our propensity to feel comfortable in developing an overwhelming religious identity, an affiliation that favours separateness to community. If we are to prosper and escape this curse of systemic disposition to separate instead of unite then we have to reject totally and immediately any electoral system that amplifies the wrong and shuns the good in all of us. The Orthodox Gathering electoral proposal, might be well intentioned, but is actually a step backward from the already unjust current system. This rotten electoral system in Lebanon will not be meaningfully changed by the elected elite since it is simply against their interest to have us elect individuals based on their qualifications and their ideas. May we elect an Armenian woman for President, a Sunni for the Speaker of the Chamber, a Bahai PM and a parliament composed of men and women whose religious affiliation if known is not important.

And finally let me ask this very important question: who decides whether I am a Druze, a Shia, an Alawite… who decided for me which electoral booth to enter. This is the epitome of dictatorship.