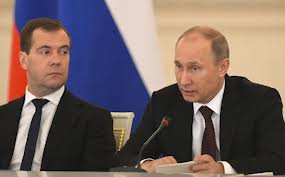 President Vladimir Putin signed a law on Friday that bans Americans from adopting Russian children and imposes other sanctions in retaliation for a new U.S. human rights law that he says is poisoning relations.

The law, which has ignited outrage among Russian liberals and child rights’ advocates, takes effect on January 1. Washington has called the law misguided and said it ties the fate of children to “unrelated political considerations.”

It is likely to deepen a chill in U.S.-Russian relations and deal a blow to Putin’s image abroad.

The law, whose text was issued by the Kremlin, will also outlaw some non-governmental organizations that receive U.S. funding and impose a visa ban and asset freeze on Americans accused of violating the rights of Russians abroad.

Pro-Kremlin lawmakers initially drafted the bill to mirror the U.S. Magnitsky Act, which bars entry to Russians accused of involvement in the death in custody of anti-corruption lawyer Sergei Magnitsky and other alleged rights abuses.

The restrictions on adoptions and non-profit groups were added to the legislation later, going beyond a tit-for-tat move and escalating a dispute with Washington at a time when ties are also strained by issues such as the Syrian crisis.

Putin has backed the hawkish response with a mix of public appeals to patriotism, saying Russia should care for its own children, and belligerent denunciations of what he says is the U.S. desire to impose its will on the world.

Seeking to dampen criticism of the move, Putin also signed a decree ordering an improvement in care for orphans.

Critics of the Russian legislation say Putin has held the welfare of children trapped in an crowded and troubled orphanage system hostage to political maneuvering.

“He signed it after all! He signed one of the most shameful laws in Russia history,” a blogger named Yuri Pronko wrote on the popular Russian site LiveJournal.

“He signed it after all! He signed one of the most shameful laws in Russia history,” a blogger named Yuri Pronko wrote on the popular Russian site LiveJournal.

The acquittal on Friday of the only person being tried over Magnitsky’s death will fuel accusations by Kremlin critics that the Russian authorities have no intention of seeking justice in a case that has blackened Russia’s image.

A Russian court on acquitted Dmitry Kratov, a former deputy head a jail where Magnitsky was held before his death in 2009 after nearly a year in pre-trial detention, after prosecutors themselves dropped charges against him.

Lawyers for Magnitsky’s family said they will appeal and called for further investigation.

Magnitsky’s colleagues say he is the victim of retribution from the same police investigators he had accused of stealing $230 million from the state through fraudulent tax refunds — the very same crimes with which he was charged.

The case against Magnitsky was closed after his death but then was reopened again in August 2011.

In an unprecedented move, Russia is trying Magnitsky posthumously for fraud, despite protests from his family and the lawyers that it is unconstitutional to try a dead man. A preliminary hearing is scheduled next month.

Magnitsky’s death triggered an international outcry and Kremlin critics said it underscored the dangers faced by Russians who challenge the authorities. The Kremlin’s own human rights council said Magnitsky was probably beaten to death.

The adoption ban may further tarnish Putin’s international standing at a time when the former KGB officer is under scrutiny over what critics say is a crackdown on dissent since he returned to the Kremlin for a six-year third term in May.

“The law will lead to a sharp drop in the reputation of the Kremlin and of Putin personally abroad, and signal a new phase in relations between the United States and Russia,” said Lilia Shevtsova, an expert on Putin with the Carnegie Moscow Centre.

“It is only the first harbinger of a chill.”