Syrian rebels control all roads to Aleppo, say victory near 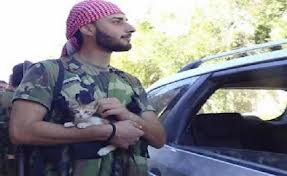 After months of fighting in the major city of Aleppo and surrounding countryside, opposition fighters there say they are close to forcing out the Syrian army from much of northern Syria.

Opposition fighters on Sunday captured the last military base in the northern Aleppo province loyal to President Bashar Assad. The infantry base was the second such base to be captured in the province in a week.

“The key to our advance has been captured ammunition. The more we can capture, the more we can advance,” said Abu Saleh, deputy commander of the opposition’s Dar al Shaba Brigade.

Rebels said the capture will also make it harder for Syrian army to re-supply its forces in Aleppo. The Free Syrian Army, the rebel force of deserters and others, estimated that Assad’s forces control up to 40% of the city.

Opposition forces have struggled to get weaponry for the entire 21-month conflict, relying predominately on what they can take from the Assad army.

The rebels are continuing efforts to cut off supply lines to government forces in the north and emboldened civilians are taking the most ambitious steps yet to create a transitional government inside Syria.

“The rebels are showing recently in the past few weeks that they’re capable of taking defended regime positions. This is something they had a great deal of difficulty doing in the past. That to me, is a substantial change in the situation,” said Jeffrey White, a defense fellow at the Washington Institute for Near East Policy.

All roads leading into Aleppo are under Free Syrian Army control. Syrian government forces in the area are forced to bring in their supplies by plane and use helicopters to deliver it to many of their bases within the city.

Opposition forces are also besieging the airport and said they will begin using heavy machine guns to try to shoot down supply planes. They worry, however, that if they take control of the airport it could be difficult to hold because it is surrounded by open ground susceptible to airstrikes.

“The airport is the most important part of the city now. If we can control the airport we can cut their supplies and win the war here,” said Abu Tawfik, a senior commander of Liwa Tawheed, one of the largest FSA units fighting in Aleppo.

During a break in the fighting, several members from the FSA’s Bab Al Salaam Battalion said that they are noticeably better equipped following recent gains against government forces that resulted in the capture of more supplies. Other brigades said that is true, but the regime forces still have them outgunned.

“In the summer, we would go on missions with only one or even just a half a magazine of ammunition for our rifles. Now we have four or five magazines,” said Abu Morad, an FSA fighter in Aleppo.

Civilians working with the opposition are planning to take advantage of the gains by creating a 224-person grand assembly to serve as the governing legislative body for all of Aleppo province. The Transitional Revolutionary Council, the group responsible for creating the assembly, said it’s impossible to hold elections given the conditions in Syria now, so community members will pick their representatives in town-hall-style meetings.

Hakeem Halabi, co-leader of a committee on the council, said the assembly will initially focus on helping people with the essentials, such as electricity problems and food shortages.

The assembly will hold its first meeting within a month in nearby Gaziantep, Turkey.

White and Hakeem said that fighting continues in 12 of Syria’s 14 provinces and in no other province have opposition forces managed to take control as in Aleppo. They remain optimistic that more provinces will fall to them.

“The longer we fight, the more experience we get and the number of FSA and defected soldiers is increasing,” said Haj Omar, an FSA commander in Aleppo.