Rina Chibani was crowned Miss Lebanon 2012 and her twin sister Romy Chibani was elected her 1st runner up, according to LBCI.

Miss Lebanon 2012 ceremony was held on Saturday at Platea theater in Jounieh, under the sponsorship of the Ministry of Tourism. 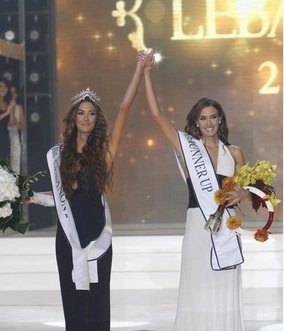 Singer Wael Kfoury sang his latest hits during the ceremony.