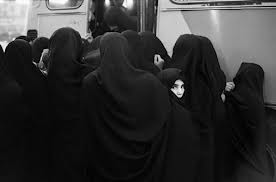 New rules banning female university students from studying 77 subjects in Iran have come into effect as the nation’s academic year kicked off on Saturday.

No official reason has been given for the restrictions to courses at more than 30 universities.

The US-based Human Rights Watch said in a statement that the restrictions extended a creeping “Islamicisation” of Iran’s universities that have been imposed under president Mahmoud Ahmadinejad.

A much smaller number of courses were also barred to men in some campuses, including studies in history, linguistics, literature, sociology and philosophy.

“As university students across Iran prepare to start the new academic year, they face serious setbacks, and women students in particular will no longer be able to pursue the education and careers of their choice,” said Liesl Gerntholtz, the women’s rights director at Human Rights Watch.

Iranian human rights lawyer Shirin Ebadi says it is part of a policy to weaken women’s role in Iranian society.

“The Iranian government is using various, different initiatives to restrict women’s access to education and to return them to the home to weaken the feminist movement in the country,” she sad.

Currently, around 60 per cent of students are female and 40 per cent are male.

But the dean of Iran’s Petroleum University of Technology, Gholamreza Rashed, was quoted by the IRAN newspaper last week as blaming market forces – implying job prospects were shrinking because of Western sanctions.

He said his school was no longer accepting female students due to “the hardship of the work situation, and because the oil industry does not need female students right now.”

Iranian state media have made little or no mention of the new restrictions.

But other news websites spoke of extra curbs imposed on campuses, particularly a new push to segregate men and women into separate classes to prevent mixing of the sexes, which is frowned upon by Iran’s ruling clerics.

Mehr last week quoted the minister of science, research and technology, Kamran Daneshjou, as saying authorities in the Islamic republic “welcome the establishment of one-gender universities, schools for only men or women.”

He said that was the direction “our religion envisions for us.”

Mr Daneshjou dismissed Western criticism of Iran’s steps, saying: “The angrier Western media gets, the more we realise we are moving in the right direction.”