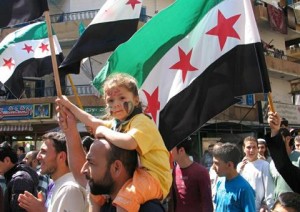 They all took place after the Friday prayers

One rally started at the Hamza Mosque in al Qibbeh and ended in Ibn Sina square. Several participants delivered speeches in support of the Free Syrian Army

Another rally started at al Iman Mosque in Abi Samra and ended in al Shraa square . This protest was organized by the al Jamaa al Islamiya

The protesters,denounced the violence in Syria, voiced their support for the Syrian people in their fight for freedom and called for expelling the Syrian envoy from Lebanon.