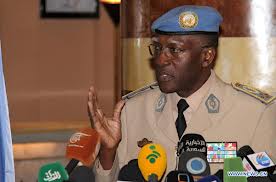 Fighter jets and tanks unleashed deadly new raids in hotspots across Syria as the country, as the head of the now-defunct UN observer team in Syria left Damascus.

The observer mission officially ended on at midnight last Sunday amid escalating violence and divisions at the UN Security Council over how to end a conflict now in its 18th month.

The new international envoy Lakhdar Brahimi held talks with UN leaders, pledging: “We will not spare any effort” but saying he was “scared” about the scale of the task confronting him.

Western powers are focused on tightening the screws on President Bashar al-Assad while the conflict grinds on with neither government forces nor rebels able to claim decisive battlefield gains.

Syrian deputy foreign minister Faisal Muqdad said Thursday that Damascus was ready to work with Brahimi and voiced hope he could pave the way for “national dialogue,” after another minister said this week the regime was “ready to discuss” Assad’s departure as part of any negotiated solution.

Syria’s only regional ally Iran said it will submit a proposal for ending the conflict at a Non-Aligned Movement summit next week, saying it included “all parties” but giving no further details.

World powers are divided over how to end a conflict that is also heightening tensions in neighbouring nations, and demonstrators who took to the streets after weekly Muslim prayers protested at the lack of international action.

“The world disgusts us,” chanted protesters in Daraa, birthplace of the revolt that began with peaceful protests against the regime in March 2011.

The West is nevertheless ramping up the pressure, with Washington and London threatening possible action if Damascus uses its chemical weapons although Moscow has told them not to meddle in Syria’s internal affairs.

France said it backed a partial no-fly zone over Syria, where the regime is intensifying its attacks from the air as it battles to stamp out rebel strongholds in Aleppo and pockets of resistance in the capital Damascus.

France and Germany said they are pushing for Security Council action on the humanitarian crisis gripping much of the country, where the UN says over one million are homeless and 2.5 million in need of help.

The UN refugee agency said the flow of refugees fleeing the fighting had jumped, with 202,500 people registering in neighbouring countries.

Lebanon was rattled again by new fighting between rival pro-and anti-Assad communities in the northern city of Tripoli, with 14 people killed since Monday, stoking fears of a spillover of the Syria conflict.

Warplanes and artillery again pounded the northern hub of Aleppo and several other areas, a watchdog said.

The Syrian Observatory for Human Rights said August is already the deadliest single month of the conflict with more than 4,000 people killed in barely three weeks, and an overall death toll of around 24,500. In the day’s bloodiest single attack, 21 people including 12 women and a child were killed in an air and artillery strike in Mayadin that levelled at least one residential building, Observatory head Rami Abdel Rahman told AFP.

Al-Ikhbariya, a government satellite channel, said security forces were “engaged in combat with an armed terrorist group in the Mayadin region, killing dozens of terrorists.”

In all 130 people were killed nationwide, according to the Observatory, which has a network of activists, doctors and other sources on the ground but whose information cannot be independently confirmed.

It also reported heavy shelling on several districts of Aleppo, scene of the fiercest fighting since the conflict first entangled the commercial hub a month ago, as well as Daraa, the northwestern province of Idlib and Hama in the centre.

The opposition Syrian National Council warned of a “humanitarian catastrophe” in the central city of Homs, saying it had been under siege for 80 days and was in desperate need of food and medical supplies.

Rebels said they were digging in for a war of attrition in Aleppo, where the regime had warned last month of “the mother of all battles.”

Both the government and opposition forces say attacks on Aleppo province are aimed at cutting arms supply routes to the rebels in Syria’s battered second city.

Rebels claimed earlier this week to control 60 percent of Aleppo but the regime has dismissed the claims and said Thursday the army had recaptured three Christian neighbourhoods, where residents are largely pro-Assad.