Beirut, Lebanon – Social Affairs Minister Wael Abu Faour said over the weekend it was unacceptable that Lebanon fall short in terms of its responsibility toward Syrian refugees in the country, days after the country’s Higher Relief Committee shut down key services to the refugees.

“Lebanon should not neglect its duties toward the refugees as this is a moral and humanitarian matter before being a political one,” Abou Faour said in south Lebanon Saturday.

The HRC announced the shutdown of most of its Syrian refugee-related operations Tuesday due to a lack of funding.

The body stopped covering the cost of secondary health care and limited other types of aid distribution such as food. Hinting of division in the government on the issue of supporting the refugees, Abou Faour said: “We went beyond discussions in Cabinet and arrived at a conclusion that Lebanon needs to find a solution and fulfill its obligations and therefore any reversal on this subject is unacceptable.”

He added: “If there was a failure or mismanagement then let us be responsible and remedy this failure.” 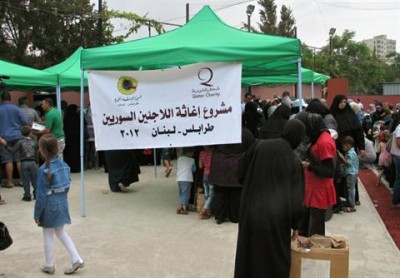 The Progressive Socialist Party official also said that there were other sources of funding such as donations “if there is a shortage of money.”

He also said the issue of funding the refugees should not cause more division in the country.