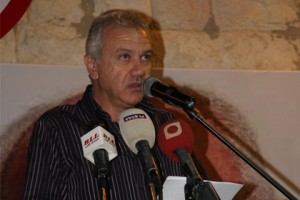 Based on the preliminary results  of the Koura’s parliamentary by-elections to fill the Greek-Orthodox seat vacated by the late Lebanese Forces bloc MP Farid Habib who died last May , Dr. Fadi Karam won the election  with  12507  against 11262 for Walid al-Aazar

Following the announcement of the preliminary results, Lebanese forces leader Samir Geagea said; the results speak for themselves and provide an indication on how the the results of the 2013 elections will be.

Geagea added: “This is a victory for Koura and March 14 alliance and a defeat for SSNP and all March 8 alliance. “