Anger as Egypt’s parliament is dissolved 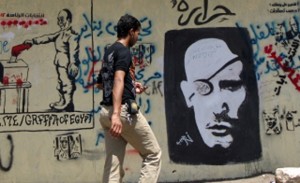 The nation’s top court has dissolved the Islamism dominated parliament just two days out from the final round of presidential elections.

I spoke to Heba Morayef from Human rights Watch in Egypt and asked her about the effect the court decision has had on the new parliament.

HEBA MORAYEF: It was unclear to start with whether only one-third of parliament would have to be re-elected. But now the head of the Supreme Constitutional Court has said that the entire election is therefore annulled and has to be repeated.

So Egypt is heading towards its presidential election run-off round this Saturday and Sunday without a constitution, without a parliament and with no clear rules about what power, the powers of this new president will be.

TONY EASTLEY: How have the different parties reacted?

The Muslim Brotherhood a couple of hours ago came out saying that they would respect the court’s decisions and that their candidate would continue to run in the run-off.

He also said that he does not believe this is a military coup because obviously analysts all day have been discussing what this means in terms of the military’s position.

TONY EASTLEY: That was my next question to you: If the government largely is illegal, who is in power?

HEBA MORAYEF: Well formally speaking the military is still fully in power. It has legislative and executive power. It’s been exercising presidential powers in Egypt over the last year and a half, basically since it took over from Hosni Mubarak.

And the military was due to stay in power until the end of June.

One of the ironies is that this presidential election was not in and of itself going to be enough to ensure the handover to civilian authority but instead there would be another two weeks in which the military would retain executive and legislative power.

So this has never been a real transition so far in Egypt. It’s been an uneasy in-between phase where the military has continued to exercise all of these powers. But slowly with the existence first of parliament and then of these presidential elections, civilian authority is slowly chipping away at the military’s monopoly on decision making power.

Photo: Graffiti show head of the Egyptian ruling military council Field Marshal Hussein Tantawi, left, using a bloody hand to vote in Cairo, days before some 50 million Egyptian head to the polls in the second round of voting for the country’s president. (AFP)