Analysis: Lebanon sitting on the edge

by yalibnan
1500
By: David Ignatius For a generation, Lebanese lived the nightmare of sectarian civil war. Now they are watching a similar vortex gather velocity in neighboring Syria
Share: 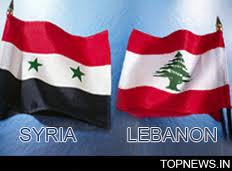 For a generation, Lebanese lived the nightmare of sectarian civil war. Now they are watching a similar vortex gather velocity in neighboring Syria, and many fear that Lebanon will be sucked into a conflict that nearly everyone dreads.

Already, the Syrian strife is starting to bleed into Lebanon. The Akkar region in the northeast has become a transit point for medical and other relief supplies — and the Syrian opposition hopes to use it as a staging ground for operations across the border in Homs, which has become the fulcrum of the battle to topple Syrian President Bashar al-Assad.

During a brief trip to northern Lebanon last weekend, I met with a Lebanese man who described the Syrian opposition’s budding supply network in Akkar. He said Sunnis and some Christians in the north sympathize with the anti-Assad forces. The Lebanese army (which includes many Shiites who support Assad) is trying — gently — to control the border. But it’s a delicate balancing act, and when a Sunni cleric was killed last month at an army checkpoint, the region nearly exploded.

Listening to this man from Akkar recount messages from the Syrian armed opposition, I had the sense of a country being pulled toward war by a kind of sectarian fatalism. Like most Lebanese, the man professed to oppose any spread of the war but saw it as inevitable.

Prime Minister Najib Mikati is struggling to keep Lebanon out of the fray through a policy he calls “dissociation.” Though Mikati was seen as a strong Assad backer when he became prime minister last year, he has surprised Americans and even Israelis with his relative independence from both Syria and its patron, Iran.

To make dissociation work, Mikati has pulled back not simply from Assad but also somewhat from Hezbollah, the Shiite militia that is Assad’s key ally in Lebanon. It’s a tricky move, since Mikati heads a government dominated by Hezbollah. But he knows that as prime minister, he must represent the Sunni community, which traditionally holds this post under Lebanon’s religious power-sharing system.

Mikati’s first step away from Syria and Hezbollah was a decision last November to fund the U.N. special tribunal investigating the 2005 murder of former Prime Minister Rafiq al-Hariri. The evidence is said to implicate members of Hezbollah, which has tried repeatedly to quash the probe, but Mikati threatened to resign if it wasn’t funded. Many doubt the tribunal will ever hold deliberations, let alone reach a verdict, so Mikati’s stand may have been largely symbolic. But it won plaudits in Washington.

A second surprise for U.S. officials was Mikati’s willingness to stiff Iran last month. Vice President Mohammad Reza Rahimi had traveled to Beirut with a 105-member delegation to complete agreements implementing several dozen protocols on trade and other issues. But Mikati didn’t sign the package, leaving his economics minister to endorse several smaller measures. The Iranian visitor was said to be furious, while State Department officials were delighted.

Even Hezbollah, not normally seen as a voice of caution, is moving carefully these days. I met last weekend with Ammar al-Moussawi, the head of the organization’s international department, who made it clear that Hezbollah supports Mikati’s policy of dissociation. He spoke off the record, so I can’t offer quotations, but I came away with a sense that Hezbollah understands the potency of the Arab uprising in Syria — and knows it must be careful not to isolate itself from popular opinion.

In Hezbollah’s view, foreign countries that supply weapons to the Syrian opposition risk an explosion whose shrapnel will hit Lebanon and other neighboring countries. The group wants a political solution in Syria, but only one that protects the interests of Iran and Hezbollah.

What worries me is the way Lebanese political factions are positioning themselves for the wider war they all claim to abhor. The talk last week was about how, if the fighting continues, Syria will be partitioned, de facto, as terrified civilians seek the protection of armies and militias pledged to defend Sunnis, Alawites, Druze, Kurds and other groups. The Syrian government and opposition both insist they are against sectarian war — but the emerging Sunni-Alawite fault line is clear.

The Lebanese sense what’s ahead because they’ve been down this road themselves. The civil war that began here in 1975 lasted, on and off, for 16 years, and the partition lines are still traced on everyone’s mental maps. As people here know all too well, once the cycle of killing and revenge gets rolling, it’s almost impossible to stop.