Palestinians are fleeing Syria too 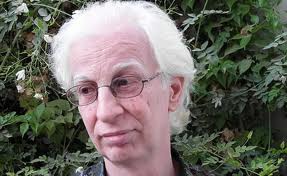 The United Nations said on Sunday that 480 Palestinian refugees have fled Syria to Jordan since the start of a revolt against President Bashar al-Assad’s regime last year.

“The UN Relief and Works Agency have registered 480 Palestinian refugees who have sought refuge in Jordan since the beginning of the crisis in Syria,” UNRWA spokesperson, Anwar Abu Sakina, told AFP.

“We know that there are more Palestinian refugees from Syria. Depending on their situation, some of the registered refugees get a one-time payment of between $300 to $900, while others receive cash and in-kind aid every three months.”

Abu Sakina added that “half of those refugees live now in the northern governorate of Irbid.”

“There are 116 people in a guesthouse near the border town of Ramtha. The rest are in Amman and Zarqa, northeast of the capital,” she said.

“To my knowledge, only those who illegally entered Jordan from Syria are kept in the guesthouse.”

UNRWA cares for about five million Palestinian refugees in the Middle East, more than two million of them in Jordan and around 475,000 in Syria.

According to the office of the UN High Commissioner for Refugees (UNHCR), 15,999 Syrian refugees are registered in Jordan.

But Amman says more than 100,000 Syrians have sought refuge in the kingdom since the March 2011 outbreak of the uprising, in which monitors say more than 12,000 people, the majority of them civilians, have died.

A prominent journalist has told Amnesty International how Syrian government forces tortured and detained him in deplorable conditions before deporting him to Jordan on Monday.

Salameh Kaileh, a 57-year-old Jordanian national of Palestinian descent, has lived and worked in the Syrian capital Damascus since 1981. On 24 April, plain clothes officials from Syria’s Air Force Intelligence arrested him during a raid on his flat in Barzah, a Damascus suburb. Amnesty considered him to be a prisoner of conscience, held solely for exercising his right to freedom of expression.

Following his arrest, Kaileh was held at a Syrian Air Force Intelligence branch in Damascus, where he was insulted and beaten for days. Officers used the falaqa torture method on him, whipping the soles of his feet with a thin bamboo stick.

“The main reason for my arrest, from what I understood, is a conversation I had on Facebook with a friend outside Syria about my position on the revolution and my opinion about the Muslim Brotherhood and so on.