Future, PSP will be allies in 2013 polls, official 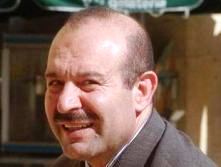 “The heart of Walid Jumblatt and most of his supporters have never left the core of the March 14 [coalition]. [The Future Movement’s] alliance with [Jumblatt will take place in the 2013] parliamentary elections,” Dr. Allouch told New TV.

Allouch said Finance Minister Mohammad Safadi “has practically eliminated himself from political life [in Lebanon] since the coup against the March 14 [coalition], and [the Future Movement] cannot form an alliance with him.”

He also dismissed the likelihood of any collaboration between the Future Movement and former Premier Omar Karami in North Lebanon’s Tripoli during the elections.

“It is better for us to lose then ally ourselves with Karami and lose [our] credibility,” Allouch said.

The Iranian and Syrian -backed Hezbollah brought down former PM Saad Hariri’s government on January 12 , 2011 over the Special Tribunal for Lebanon’s (STL) imminent indictment which was widely expected to implicate Hezbollah members in the assassination of former PM Rafik Hariri in 2005.

Mikati was appointed as PM Designate in January last year with the backing of the Hezbollah-led March 8 alliance , Jumblatt and Safadi following the collapse of Hariri’s unity government. March 14 leaders have repeatedly said that intimidation from Hezbollah’s weapons helped secure the parliamentary majority for Mikati’s nomination.