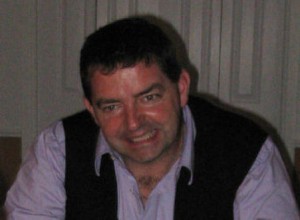 A Canadian farmer returned home Saturday after being released from a Lebanese jail where he had been held for a year on allegations that he exported rotten potatoes to Algeria.

Potato farmer Henk Tepper looked drained as he was reunited with his family Saturday afternoon at the Ottawa airport.

“I’m happy to be home,” he told a throng of reporters as he left the customs area. He said little else during a makeshift news conference outside an airport lounge, where he had spent his first hour back home with family members.

His lawyers, who accompanied Tepper home from Lebanon, asked reporters to respect his privacy, and said they would have more to say to the media on Monday

Tepper, who is in his mid-40s and from Drummond, New Brunswick, had been in custody in Beirut since March 23 of last year.

He was picked up on an international arrest warrant on allegations he exported rotten potatoes to Algeria in 2007 and forged export documents.

A source close to Tepper told the Canadian Press that the Interpol red notice issued by Algeria remains in effect which says he could face up to five years in prison if convicted of the allegations.

Tepper had been held in a legal limbo because Lebanon does not have an extradition treaty with Algeria.

Algeria also alleges that Tepper forged documents related to the export of potatoes from Quebec and Prince Edward Island.

Tepper’s lawyers have denied all of the allegations, saying the potatoes were inspected in Canada before shipment and met Algerian standards.

Tepper was arrested in Lebanon when he traveled to the Middle East on an agricultural trade mission to promote seed potatoes from Atlantic Canada.

Over the past year, Tepper’s lawyers and family have expressed concerns about his deteriorating health.

Tepper’s family and Liberal politicians had accused the federal government in Ottawa of not doing enough to secure Tepper’s release. A number of public appeals and meetings were held to push for his return home.

Diane Ablonczy, Canada’s minister of state for foreign affairs, issued a statement Saturday saying that the federal government had been working behind the scenes to get Tepper released.

“Our government has been quietly and persistently working through diplomatic channels to resolve his situation,” she said.

“Canada’s ambassador to Lebanon and consular officials displayed an unwavering commitment to assist Mr. Tepper. Canada is also appreciative of the responsiveness of our partners in Lebanon,” her statement said.

Earlier this month. the Tepper familyissued a statement on the first anniversary of his imprisonment thanking friends and the public for their support.

“During this difficult year of birthdays, graduations, anniversaries and Christmas without Henk, we have been able to remain strong as a family due to the love and support of friends and strangers alike,” they said.

The family owns Tobique Farms in Drummond, a potato producer that exports to Cuba, Venezuela, Lebanon and Algeria.

New Brunswick Premier David Alward, a former agriculture minister, who participated in trade missions with Tepper, said he is glad to know he’s been released.

“He’s been one of the potato producers in New Brunswick that has been most focused on building export markets, and this is a huge relief to the whole industry.”