42nd Earth Day: What Are We Celebrating?

by Ghassan Karam
804
By Ghassan Karam Many in the world are already celebrating the 42nd anniversary of Earth Day and that is understandable
Share: 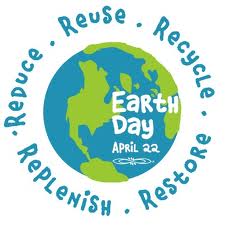 Many in the world are already celebrating the 42nd anniversary of Earth Day and that is understandable. The young idealists who started this movement had a dream, a dream that the citizens of this planet have grown up, opened their eyes and decided that the human species must change its behavior , in all fields, if the planet and all what is on it is to have a chance to sustain its existence and to thrive. Over forty years have passed and the dream is farther=r away than ever. Actually it is not an exaggeration to claim that the dream is currently out of reach and that the human species has managed to create the conditions that will lead to nothing short of a ruinous outcome. Yes we are beyond the tipping point and in the words of the great James Lovelock we are witnessing “Gaia’s Revenge”.

How naive of us to have expected a different path. The idealism of youth blinded us from noting that every noble goal calls for commitment, hard work and sacrifice. A worthwhile goal is not for free but demands that we make major changes in our attitude and our behavior. It is not enough to put lipstick on a pig.

Modernity has allowed us to build islands of prosperity but within oceans of need and degradation. Yet what we wanted to do was to continue business as usual hoping that if we keep doing the same thing over and over again then eventually the outcome will be different. It never is. Exploitation breeds exploitation, tyranny cannot give birth to freedom and a world that is built on the principle that holds nationalism and patriotism as sacred is doomed to sacrifice the other and abuse the commons. Greed and selfishness is not the road to salvation. they are the road to perdition.

Whether the age of the Anthropogenic started with the industrial revolution or even 12000 years earlier as some would argue, the simple fact of the matter is that the direct effect of human behavior have grown so fast over the past 50-60 years that unless we show enough spine and courage to undertake meaningful action to change rather radically our behavior then the Anthropogenic might be bringing about its own destruction and in short order.

Climate deniers aside, scientific models suggest that the limits of human adaptation to climate change are in the 6-8 degrees Fahrenheit range. What is very disturbing about the above is the fact that most models predict that we will be there by around 2100; the 4degrees Fahrenheit is already in the bag and cannot be avoided even if all emissions are to stop tomorrow.

As if all of that is not enough, we go on our merry way pretending that the overall number of humans on this planet is not an issue of concern neither is the food that is required to nourish them. A quick calculation based on the carbon footprint of the average US citizen implies that we need about 6 planets if the same standard of living is to be made available to all the Earths’ inhabitants. Why shouldn’t it? It is tragic that many believe that financial capital can substitute for natural capital and so many nations increase their rate of accumulation of financial assets by devouring the only capital that counts, the natural ones. Is that anything short of a Sorceress’ Apprentice as John Foster Ballamy, a Marxist economist has stated?

It is rather clear that “only mad men and economists believe that we can have indefinite growth in a finite base” and that unless we “dare to do the impossible then we will have to contemplate the improbable”. Capitalism has ushered in the most prosperous period in history and has encouraged a modicum of democracy, liberty and creativity. Alas Capitalism rests on the premise that there are no limits to growth and thus, if left unfettered will only compound the ecological and human crisis. It is time that we accept the simple conclusion that a paradigm shift is sorely needed, a radical revolutionary change that questions the misguided principles upon which we have built our world vision , a vision that is out of step with reality. Yes, creative destruction will bring about the end of the system that nourished it and that is the way that it should be. That is how history unfolds. Ecological sanity is not compatible with any of the present societal structures that we have erected anywhere in this world.

Celebrate Earth Day with an open mind and with a sincere commitment that a healthy environment is not to be had through policies of economic growth, larger human populations and an archaic societal architecture that is built to favour personal good instead of that of the commonwealth.