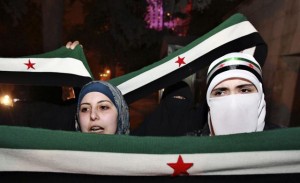 The Obama administration seized Tuesday on Russia’s endorsement of Kofi Annan’s mediation efforts in Syria as a positive step toward international unity, even if the decision fails to resolve a fundamental disagreement between the Kremlin and the West.

After blocking two previous United Nations resolutions critical of Syria, Russia’s foreign minister declared his government’s readiness to support a new U.N. effort to force President Bashar Assad’s regime to halt its bloody crackdown. Sergey Lavrov added that an accord should be reached among “all the Syrians, the government and all opposition groups” on securing peace and starting a political dialogue.

State Department spokeswoman Victoria Nuland hailed what she called an “increasing convergence of views” in the U.N. Security Council, where veto-wielders China and Russia have been resistant to tough international action against Assad. She said a strong statement from the body could help Annan try to mediate a solution to the violence in Syria that has killed more than 8,000 people in the last year.

Annan’s plan largely follows a proposal by Arab governments last year, before their frustration with the Assad regime’s crackdown on protesters led them to join opposition and Western calls for his ouster. It urges the government to halt violence against civilians, pull back heavy artillery from cities, ensure humanitarian and journalist access, release of political prisoners and start an authentic political dialogue.

But Annan’s strategy — which has yet to be formally unveiled — is vague on several key questions. It says nothing about who should lay down their guns first, Syria’s government or rebels, or on the future political role of the Assad family, which has ruled Syria with an iron grip for the last four decades.

On ending the fighting, Moscow wants the armed opposition to budge first or for both sides to act simultaneously, while Washington and its allies say responsibility lies with a government has killed hundreds of unarmed civilians since the Arab Spring protests reached Syria last March. On the Assad family, Russia firmly rejects demands for the overthrow of a regime that has been its most steadfast ally in the Middle East.

Western officials cautioned that Moscow’s involvement could end up bogging down diplomacy in process, and Lavrov suggested tough bargaining ahead on the wording of a resolution. He said it shouldn’t be drafted as an ultimatum to the Syrian government.

Still, officials stressed that Russia’s support was necessary for the U.N. to act and that its participation in the discussion could affect the confidence of the Assad regime. And with military options essentially off the table, they say working through the global body would be the most effective way right now to improve the situation in Syria.

Lavrov’s remarks reflect a gradual hardening of the Russian position against Assad. Moscow has called on the Syrian government to open humanitarian corridors to allow the international Red Cross to treat victims of the fighting, and has urged Damascus to grant the Red Cross access to jailed protesters.

And Lavrov has criticized Assad for being too slow in implementing long-needed reforms and using disproportional use to quell the revolt.

Lavrov also said that a Russian navy oil tanker anchored at the Syrian port of Tartus is on a mission to assist Russian ships on anti-piracy patrols in the Gulf of Aden. He scoffed at media reports alleging a Russian military buildup in Syria.

At the White House, press secretary Jay Carney said the U.S. was working with allies to “put greater pressure on the Assad regime to isolate it further” and “deprive it of economic lifeblood.”

He also criticized the picture of Assad that he said emerges from thousands of emails purportedly from his private account which Britain’s Guardian newspaper released last week. They showed him taking advice from Iran on how to handle the uprising, joking about his promises of reform and bypassing U.S. sanctions to shop on iTunes.

“It’s really sickening if you think about it that a man who is overseeing the slaughter of his own people is chortling about evading sanctions and getting an iTunes account,” Carney told reporters. “There may be no better image for the kind of heartless and brutal approach that he’s taken to the demands of his own people for greater democracy and better treatment from their own government.”