Syrian and Lebanese Salvation Is Near

by Ghassan Karam
2353
by Ghassan Karam Often reality is difficult to accept and especially for the ideologues whose understanding of development and their advice is rarely, if ever, to be taken seriously.
Share: 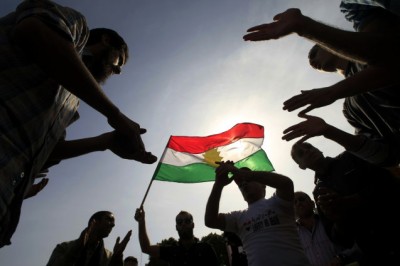 Often reality is difficult to accept and especially for the ideologues whose understanding of development and their advice is rarely, if ever, to be taken seriously. Ideologues are not to be confused with principled individuals because their positions are dictated not by the rationality of a circumstance but by a predetermined notion of which party to oppose and which one to support. They act as if one party has a complete hold of the truth all the time while the others are always misinformed even if they are to adopt views that are associated with their opponents. A perfect example of an ideologue is the expression of utter bewilderment on the face of the head of the Ba’ath party in Lebanon, Mr. Shukur, when his debate opponent, Mr. Alloush, stated that he does not believe the statements of Bashar Assad. The priceless expression was what one would expect to see on the face of a 4 year old when told for the first time that there is no Santa Clause.

The reaction of Bashar Assad and his entourage to the declarations of the Arab League and other nations all over the world are not any different. They refuse to accept the clear inevitable conclusion of the ongoing Syrian revolution. It would be practically impossible for Bashar Assad and the Syrian Baath to stay in power. They have already lost and the longer it takes them to internalize this reality the costlier will be the final synthesis.  The Syria that the Assads have ruled for over forty years as a fiefdom has finally had enough humiliation, abuse and exploitation. It has risen to and has demonstrated tremendous courage in facing the unbelievable odds to standing up to the security apparatus and the army. These actions would not have been called for had MR. Assad acted responsibly by showing that Syria is above party and it transcends family and business cronies. Alas Mr. Assad, just like an addict, could not bring himself to admit that the Ba’ath has abused the trust of the Syrian people and that the continuous mismanagement of the economy have transformed Syria into a paper tiger and a backward and bankrupt economy that is rapidly moving towards an environmental abyss as well as an economic meltdown and a social disintegration.

Instead of doing the right thing of listening to the clear and legitimate demands of his people Mr. Assad has decided to bunker down and to defy the world by threatening that if he is to be constantly reminded of reality and legitimacy then he might have no choice but to lash out at his unarmed civilians. Pity the man that thinks of himself as a modern leader but acts as a tin horn dictator. But our biggest sympathy goes out to the brave Syrian civilians who have decided that freedom is not free and that they are willing to pay the price.

The tipping point has already been breached. Syria will be free from the Ba’ath. What is not certain is how dear the price will be. Mr. Assad is still the dominant factor in this equation. He can act responsibly by accepting the new facts and start immediately the negotiations for an orderly and peaceful transfer of power or he can persist in his obstructionism by bringing down the temple on himself and the Syrian people. Time is running short and unless he acts decisively in the next few days to avoid a Syrian Armageddon  to save himself and the country that he claims that he loves then he would be committing an abominable act that history will not forgive for centuries to come, if ever.

A corollary to the above is the major transformation that will engulf Lebanon when the cruel Syrian dictatorship is finally booted out. The ramifications on Lebanon will be as seminal as the changes in Syria. Lebanon will finally get a chance to exercise its independence and sovereignty. Its people will be able to rule themselves as any democracy should and the new realities will finally help bring to an end the Mafiosi rule of Hezbollah and all those that have helped and abetted its nefarious acts. It should also usher in a tide of new, young and committed youth who reject sectarianism and corruption. A new era of citizenship will take hold in Lebanon as soon as the divisive and backward Syrian Ba’athi minions are swept away from the official offices that they have exploited and profiteered from for decades. The only question that stands as an obstacle in the face of the historical movement in both Syria and Lebanon to enter a new post Assad era is whether the celebrations will take place in late 2011 or early 2012. I can hardly wait.